Fate of Idaho farmers markets in 2020 not decided yet 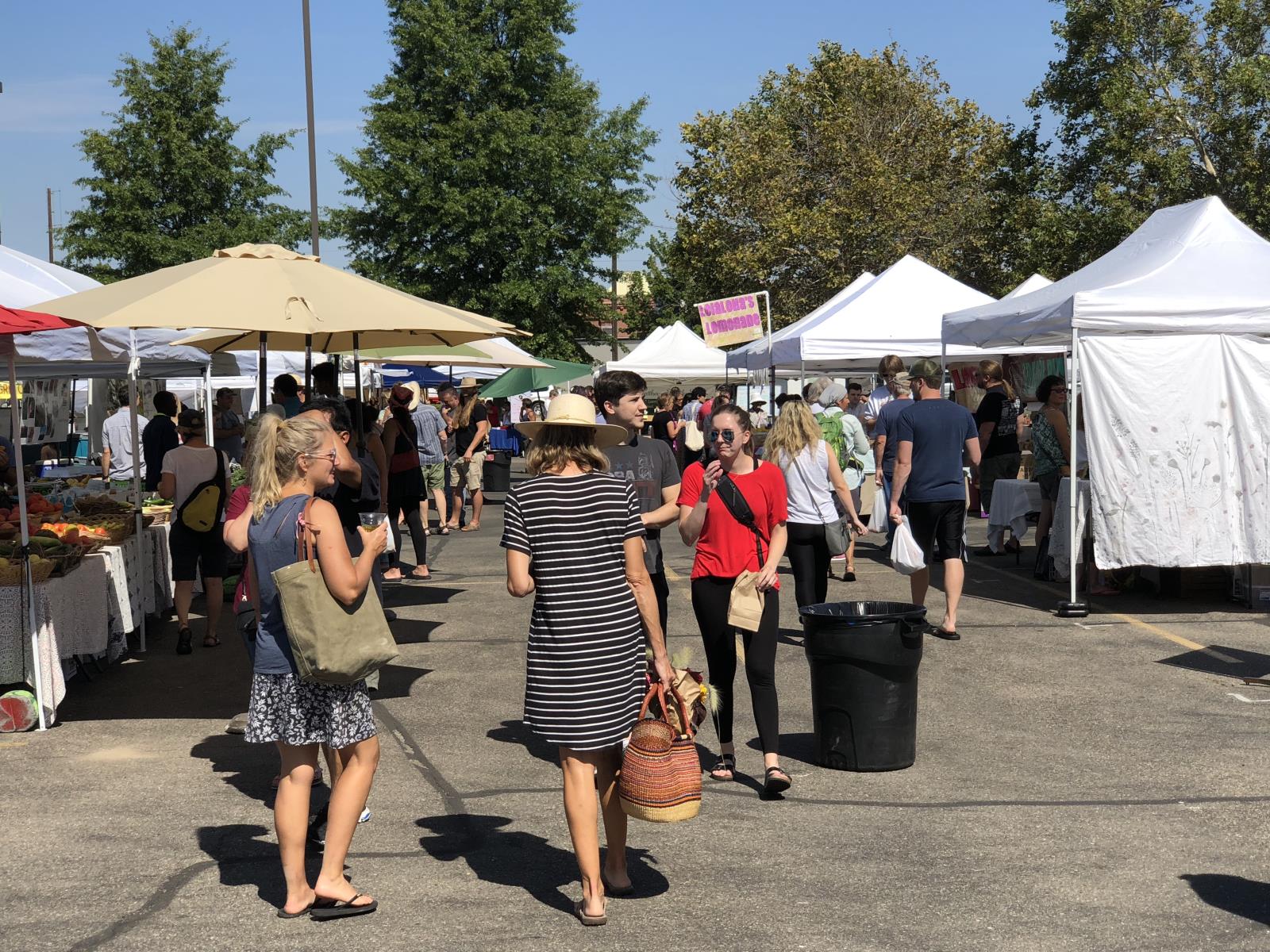 It’s unknown at this moment how the coronavirus outbreak will impact Idaho’s 42 farmers markets, which provide an important income source for a lot of small- and medium-sized farms around the state.

The Boise Farmers Market, which has more than 80 farm vendors, has announced it will delay its opening in 2020. The market, which attracts several thousand customers each Saturday, was scheduled to open April 4.

The delay in opening the market this year was due to an order by the city of Boise prohibiting public gatherings of 50 or more people, said BFM vendor Janie Burns, owner of Meadowlark Farms in Nampa.

The BFM opens earlier than any of the farmers markets in Idaho and there is no word yet on how other markets around the state will respond to the outbreak, multiple people told Idaho Farm Bureau Federation.

“To date, I have not heard of any more delayed openings,” Denise Dixon, program coordinator for the Idaho Farmers Market Association, told IFBF in an email.

“I think a lot of them are just in a holding pattern,” said Ariel Agenbroad, a University of Idaho Extension educator for food systems and small farms in Ada County. “A lot of markets are probably hoping they don’t have to make the decision now and things will be fine when they do want to start.”

Agenbroad said there is a lot of chatter around the nation on how farmers markets should respond to the coronavirus.

“They are critical infrastructure for local producers and for consumers also,” she said. “Farmers markets are a big part of people’s diets and lives.”

Most farmers have already begun plowing ahead with their food production plans for 2020, Agenbroad said.

“Where is that food going to go? How are they going to move that?” she said.

Many small producers that sell directly to restaurants or schools have already lost those markets, at least temporarily, as many of them have shut down for now, Agenbroad said.

If farmers markets also close, there could be a lot of farmers with nowhere to turn to sell their products, she said.

“Even the farmers that are diversifying their operations, if all their markets are going to be collapsing, that’s going to be real bad news,” she said.

On the one hand, some people argue that markets should close to prevent the spread of the coronavirus, Burns said. On the other hand, she added, they are like grocery stores and provide a critical need – food – to a lot of people.

“I could argue both sides of that issue,” Burns said.

At least one court, in Travis County, Texas, has weighed in on the matter of whether farmers markets are critical infrastructure.

A Travis County judge issued an order March 16 prohibiting any public or private community gatherings of 10 or more people in the county.

The order does not apply to critical infrastructure, which includes grocery stores.

In the meantime, Burns said, the BFM is trying to figure out other ways for the market’s farm vendors to get their products to consumers. Farmers could meet people in parking lots, she said, and the market will publish a schedule showing people how to contact a farmer online and order directly from them.

But, she added, “Meeting people in the parking lot is extremely inefficient. For people trying to move a truckload of stuff, that is terribly inefficient.”