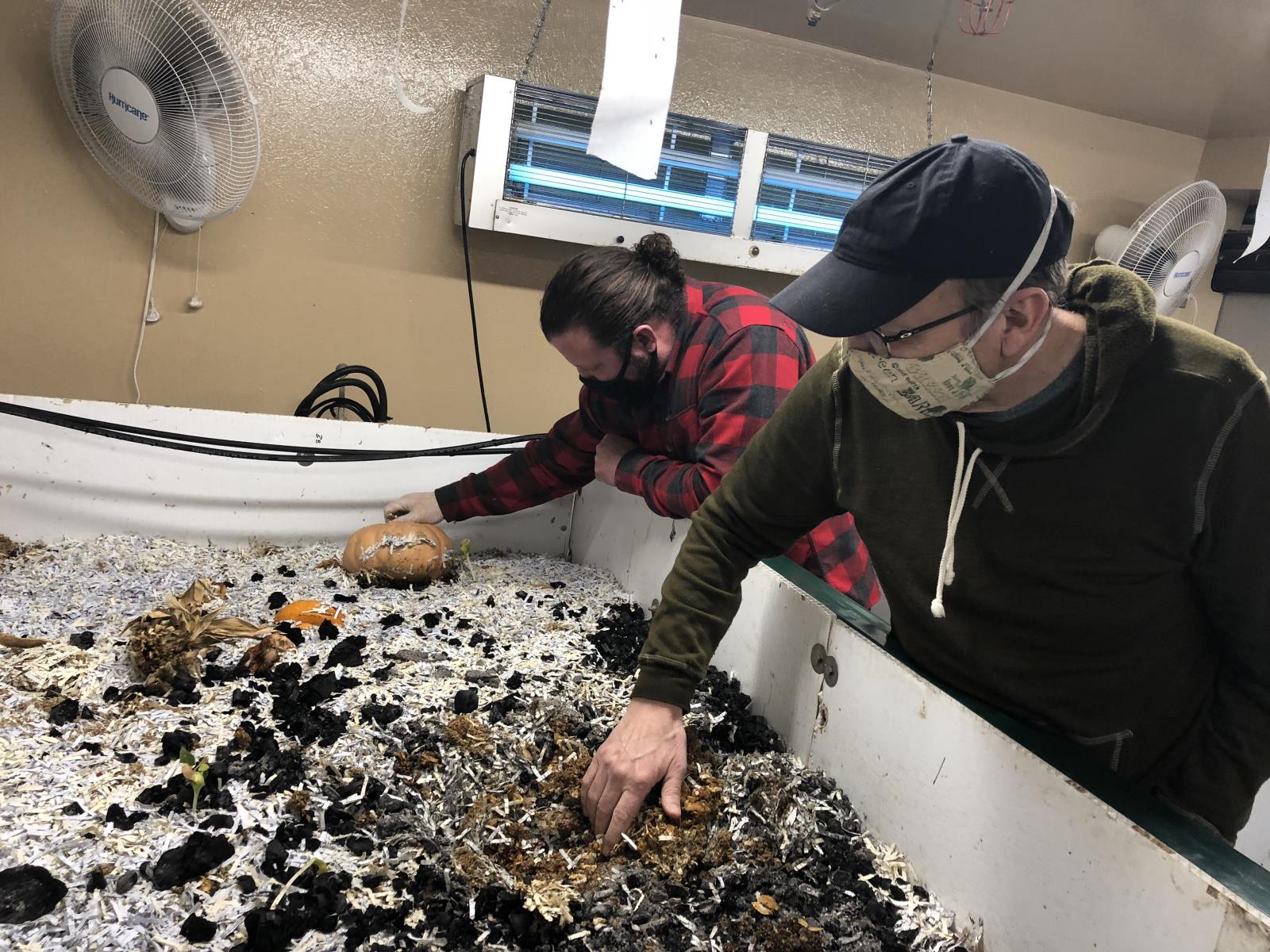 BOISE – A restaurateur in downtown Boise has been “farming” worms for 16 years as a way to reduce food waste.

Urban Worm, established in 2005 and located in a basement in the heart of downtown Boise, feeds food waste to thousands of red wiggler worms, which turn the waste into worm castings that are sold at farmers markets as organic fertilizer to home gardeners.

The worms, which are housed in two bins that are each eight feet long, four feet wide, and two feet deep, are fed vegetable scraps and other produce waste, as well as spent grains from a pilot beer brewery. They consume the waste and turn it into worm castings.

“We’re farming worms,” Krick says. “It’s like livestock; we’re feeding them food waste and they’re eating it and” turning it into a product.

Over the course of the week, the food waste is collected from the eateries and placed in a giant trash bin. It is then run through a special machine that mulches the food with water to make a type of food waste slushy. The slushy then goes into a dehydrator, which shoots out confetti food particles that are ready to be digested by the worms.

“We just put the food waste right on top and let the worms go to town on it,” says Nick Baltes, one of the restaurants’ senior managers who oversees the worm farm. “Worm casting compost is one of the best you can get out there and it’s highly prized among gardeners.”

As much as 200 pounds a week of worm castings can be produced in the bins, which are kept in the basement below the three eateries, which are located on 8th Street in downtown Boise.

The bins were custom-made and each one is filled with thousands of red wigglers, which are a type of earthworm commonly used in composting. The worms’ only mission in life is to eat and they do that well, Baltes says.

Several of the restaurants’ employees over the years have been responsible for maintaining the worm farm and one actually wrote a 70-page manual on how to run the operation.

While the worm castings are sold, the worm farm is not a money-making operation, Krick says. The main goal behind the worm farm is to be ecologically responsible by reducing the amount of food waste heading to the landfill.

“We have joked over the years that we don’t know why we’re doing this,” he says. “We do it because it’s the right thing to do.”

For the amount of work put into the worm farm and the amount of food waste that is saved from going to the landfill, the operation is probably not doing a huge world of good in the grand scheme of things, Krick says.

Before COVID-19 hit, Krick said, the restaurants also hosted tours for local schools and used the worm composting operation as a tool to teach students about soil diversity and the importance of recycling food waste.

He said the restaurants also took the opportunity to feed the kids lunch while teaching them about where their food really comes from “and how we complete that cycle by returning the waste back to the farmer, or gardener.”

“This was never a planned part of our (worm) composting operation, but it’s probably the biggest motivator to continue to invest in our system,” Krick said.