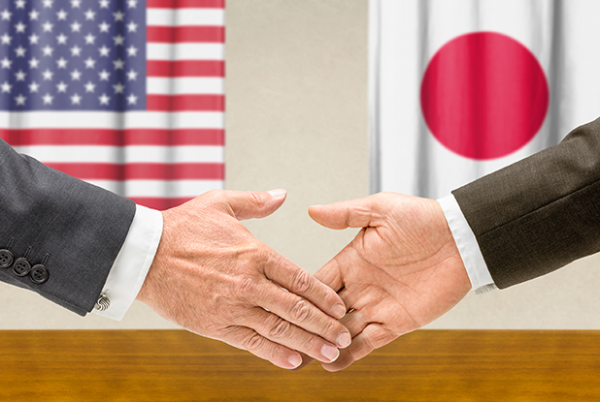 WASHINGTON D.C. – The United States and Japan today announced they reached an agreement on a trade deal that further opens markets for both countries. Agriculture is among the biggest beneficiaries. The following statement may be attributed to American Farm Bureau Federation President Zippy Duvall:

“Today’s announcement that the two countries have reached an agreement and have completed agricultural negotiations is a positive step for America’s farmers and ranchers.

“Japan is American agriculture’s fourth-largest export destination and vital to the livelihood of hundreds of thousands of farms and the families who live on them. We export nearly $13 billion a year in agricultural products to Japan, even as we continue to face steep tariffs on many exports.

“This agreement, once signed, will lower tariffs and put U.S. farmers and ranchers on a level playing field to compete in Japan with countries that participate in the Trans-Pacific Partnership. That’s good news.

“The time for trade wars has come and gone. We are thankful the administration has reached this deal and we urge trade negotiators to achieve many more like it. Farmers and ranchers need to get back to doing what they do best: feeding a hungry world that needs what they produce.”

The US and Japan have reached an agreement on agricultural and industrial tariffs and digital commerce.  While the agreement itself is not yet finished, a statement explaining the agreement was signed Sept. 25, 2019.

Under the agreement, Japan will place the same level of agricultural tariffs on U.S. goods as it places on CPTPP countries and the EU. By way of example, the 38.5% tariff on U.S. beef will fall to the 26% placed on beef from Australia, Canada and the EU. Some other foods such as duck, geese, turkey peaches, melons and more would enter duty-free.

The Japanese Parliament is expected to approve the agreement later this fall. It may take effect as early as Jan. 1, 2020.

There is no action by the U.S. Congress necessary, as this is not a full trade agreement that involves substantive changes to existing U.S. law.

Many other issues, contained in a “Phase 2” negotiation, will be dealt with in future talks with Japan.