Could all of Mexico soon be open to fresh U.S. potatoes? 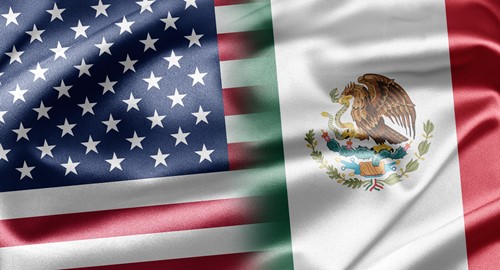 POCATELLO – The U.S. potato industry may be getting close to achieving its long-sought-after goal of being able to export fresh potatoes to all of Mexico.

That’s a very big “maybe” given the long history between the U.S. and Mexico potato industries over this issue.

The Idaho and U.S. potato industries have fought for more than two decades to try to realize the goal of selling fresh potatoes in all of Mexico but every time it has appeared to be close to achieving that goal, Mexico’s potato industry has successfully put up a roadblock.

Now, it appears Mexico’s spud industry may finally be running out of ways to block fresh U.S. potatoes from being exported to the entire nation.

The U.S. is allowed to export frozen potato products, such as French fries, to all of Mexico, but fresh U.S. potatoes are currently only allowed within a 16-mile area along the U.S.-Mexico border.

Gaining access for fresh U.S. potatoes to all of Mexico, which has a population of 130 million, has been one of the U.S. potato industry’s top priorities for 25 years.

Despite the current 16-mile border zone restriction, U.S. fresh potato exports to Mexico were valued at $60 million in 2021, according to the National Potato Council. Having access to the entire nation would provide a market potential to the U.S. potato industry of $250 million per year, in five years, according to NPC.

Idaho leads the nation in potato production and spuds are the state’s top crop in terms of total farm-gate revenue.

Gaining access to all of Mexico would be a huge win for the state’s fresh potato industry, as well as potato growers across the U.S., said Idaho Potato Commission President and CEO Jamey Higham.

Opening all of Mexico to U.S. fresh potatoes “would be a very big thing for Idaho’s potato industry and for the U.S. potato industry as a whole,” he said “It would provide access to a market we’ve never had access to before and a market that we think will have strong demand for our product.”

The efforts by the U.S. potato industry to gain access to all of Mexico have been a long and drawn-out battle that has raged on different fronts for a quarter of a century.

The U.S. and Mexican governments in 2002 announced both sides would resolve two long-standing market access issues – the U.S. agreed to expand market access for Mexican avocados and Mexico agreed to open the entire country to U.S. fresh potatoes.

The Mexican government in 2011 agreed to allow U.S. potatoes full access to that country beginning in 2014. However, Mexico’s potato industry – the National Confederation of Potato Growers of Mexico (CONPAPA) – sued its government to prevent that from happening and that case ended up before Mexico’s Supreme Court.

In a 5-0 ruling last April, Mexico’s Supreme Court overturned a 2017 lower court decision on that case that prevented the Mexican federal government from implementing regulations to allow for the importation of fresh U.S. potatoes throughout the entire country.

The unanimous decision by the Mexican Supreme Court was greeted by U.S. potato growers with tempered excitement because of the long history by CONPAPA of throwing up roadblocks to prevent U.S. fresh potatoes from being allowed into the entire nation.

Sure enough, CONPAPA succeeded in putting up new hurdles and on March 14, 34 members of Congress signed a joint letter calling on USDA to press its counter-agency in Mexico to honor its trade agreements and finally open the entire nation to fresh U.S. potato imports.

The U.S. had previously negotiated market access and was shipping potatoes to Mexico for a brief three-week period in 2014 until the Mexican potato industry filed its lawsuit.

“We write today out of deep concern for the ongoing dispute regarding U.S. fresh potato access to Mexico,” stated the congressional letter, which was signed by all four members of Idaho’s congressional delegation. “It appears that Mexico is continuing to delay restoring this access that was blocked due to legal proceedings initiated by the Mexican potato industry ….”

“We request that the U.S. Department of Agriculture continue to work with their counterparts in Mexico to ensure that the trade deal is honored by expeditiously reinstating access for U.S. fresh potatoes and to express that any Mexican request for enhanced agricultural access to the U.S. should not be granted until this access is restored,” the letter stated.

On April 5, a joint U.S.-Mexico announcement on the potential reopening of the Mexican market to fresh U.S. potatoes was released.

That joint announcement states that according to an agreed upon work plan, the entire Mexican market will be open no later than May 15 for fresh U.S. potatoes.

In response to that joint announcement, NPC released a statement thanking USDA and the U.S. Trade Representative’s office for their efforts on this issue.

“Given the history of this 25-year trade dispute, we are waiting to declare victory until we see durable exports of both fresh processing and table stock potatoes throughout all of Mexico …,” the NPC statement said.

NPC also said it hopes that “no last-minute roadblocks will be erected prior to Mexico finally – and permanently – reopening its border to U.S.-grown potatoes.”

National Potato Council CEO Kam Quarles told Idaho Farm Bureau Federation that Mexico’s potato industry has been creative about finding ways to kick the can down the road to avoid opening the entire nation to U.S. fresh potato imports.

“They have an exclusive monopoly on the market and they don’t want to give it up,” he said. “They are fighting so they can avoid competition with U.S. growers.”

The U.S. has lived up to its part of trade agreements that call for allowing fresh U.S. potatoes into Mexico, he said, and it’s time for Mexico to do that as well.

“It’s really frustrating,” Quarles said. “That is a situation that cannot continue.”