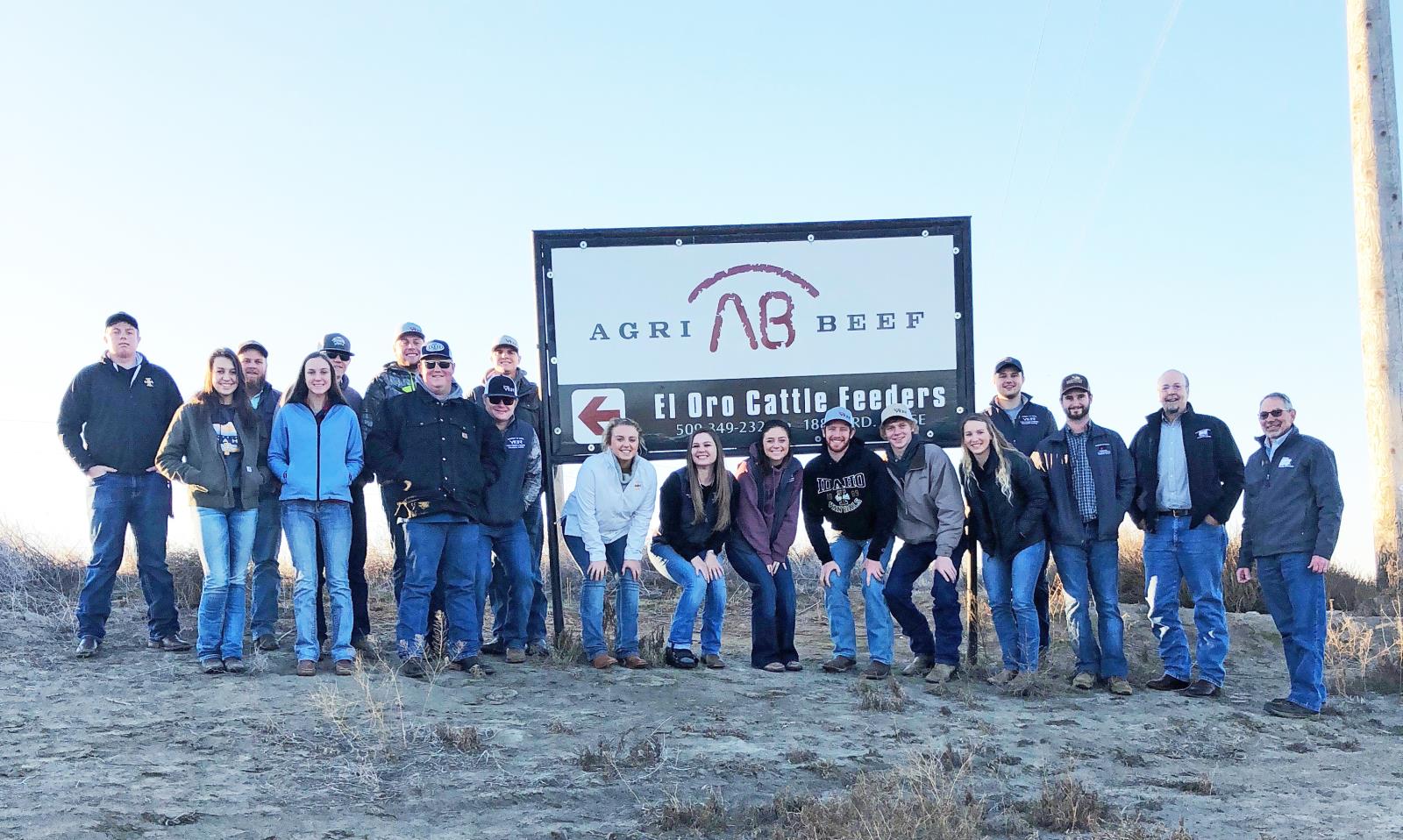 MOSES LAKE, WA - Skipping class is usually not an option for college students, but an industry tour on Oct. 25 gave students in the University of Idaho’s Collegiate Young Farmers and Ranchers club the excuse they needed.

The club brings together students from a variety of disciplines in the university’s College of Agricultural and Life Sciences with the goal of developing them as potential future Farm Bureau leaders.

CYF&R president Dana Reynolds, a U of I student, arranged for an agribusiness tour in the Columbia Basin, which was a real treat for students who had little familiarity with the basin and the richness of agriculture there.

The tour that Reynolds arranged was just a small taste of what the Columbia Basin of Washington State is all about. Because of the Columbia Basin project that brought water to over 600,000 acres of semi-arid land in the early 1950s, the basin is rich in agriculture and food processing.

Because of the availability of water, cheap electricity and the proximity to the Pacific Coast and overseas markets, the Columbia Basin has all the ingredients for a thriving agricultural and food processing sector.

The tour showed the students what the Columbia Basin is all about.

Miller talked about the daily operations of the feed yard, including herd nutrition, herd health, labor issues and buying and marketing cattle. He also talked about aged facilities and the changes he will make to improve efficiency.

Miller fielded many questions from the group including the availability of job opportunities. He said there is opportunity for those who are interested in working with cattle and the biggest challenge he faces in his job as general manager is hiring and retaining good help.

He also said employee safety is a major emphasis of his to keep his labor force healthy and stable.

After the tour of El Oro concluded, the group loaded up the pickups and travelled to the McCain Foods french fry plant in Othello. McCain is a leading supplier of frozen potato and snack food products across the country.

Unfortunately for the group, the plant shuts down periodically and that happened the day before, so they were just getting production started back up when the group visited. But it was still an informative tour listening to the plant manager provide an overview of the facility.

After the plant tour, tour members were treated to freshly cooked fries and onion rings.

The final stop of the day before heading back to Moscow was Basic American Foods in Moses Lake.

Basic American Foods is the largest manufacturer of dehydrated potato products in the United States and the company is a global leader in providing value-added, shelf-stable potato and bean products to foodservice and retail.

CYF&R students toured the potato storage and handling facilities as well as the production facilities, which were in full work mode. The students were given four cases of dehydrated product at the end to take back to Moscow and try for themselves.

Although, the students had to sacrifice a day of classes, the trip to the Columbia Basin was informative and “eye popping” as to the rich agricultural economy that exists there.

It is astounding how much agriculture and value-added agribusiness exists there because of the people who had the vision to bring water and cheap power to the region by building Grand Coulee Dam.