“The public good is in nothing more essentially interested, than in the protection of every individual's private rights.” - William Blackstone 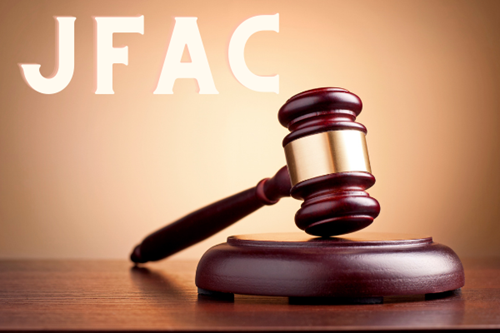 BOISE- The Joint Finance and Appropriations Committee (JFAC) has started setting agency budgets this week. Among those budgets under consideration in recent days was the Idaho State Department of Agriculture (ISDA)’s for the fiscal year 2023. JFAC largely followed the budget recommendations of the Governor and the original requests of ISDA; however, there were some changes that we wanted to highlight here.

The motion for the budget that passed the committee excluded 10 new full-time positions for the state’s invasive species program that was originally requested by ISDA and included in the Governor’s proposed budget. The motion also reduced the Department’s request for one and a half additional full-time positions for the state hemp program to just one part-time position. Farm Bureau does have some concern with both reductions in ISDA’s requested personnel.

In speaking with representatives of ISDA, there is concern that without those new 10 full-time positions, the Department will struggle to operate the current check stations that have been operational. Obviously, unmanned check stations are an extreme risk for the state, particularly as the number of failed/snail-infested boats increases. It is important to remember that it would only take one viable snail/veliger to start the infestation of quagga mussels in Idaho waterways.

IFBF Policy #55 supports adequate state funding for inspections of all watercraft and other vessels to prevent the spread of infestation of quagga/zebra mussels in Idaho waters. We urge the legislature to reconsider the specific line item in ISDA’s budget to fund the 10 new positions in the state invasive species program.

Regarding the new state hemp program positions, Farm Bureau is concerned that the reduction in staffing may lead to unintended consequences. The funding for these positions will come from funds paid by licensed growers and handlers/processors. Industrial hemp, unlike most crops that we are accustomed to in this state, is subject to very strict testing and inspection requirements. Having adequate staffing will be important as the state goes through its first couple of years and growing seasons of this new crop.

Farm Bureau recognizes the hard work of the legislators that work on the JFAC committee and their efforts to be fiscally responsible with taxpayer funding. IFBF will work closely with legislators to ensure that these issues are adequately addressed in the coming days.

The Mystery Property Tax Proposal Has Not Yet Appeared 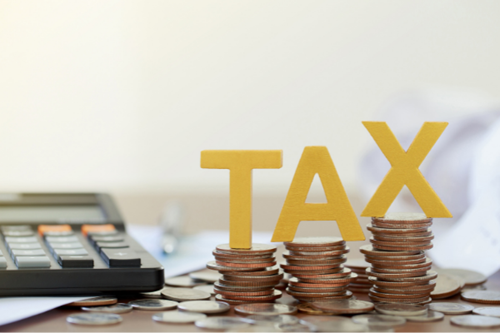 BOISE- Recently, it was made known to many groups that a major property tax proposal was imminent.  Rumors were circulating that it would increase the state sales tax by two cents, which would be used to significantly reduce property taxes.

This week, a news article was published quoting Senator Jim Rice (R-Caldwell) who confirmed that the proposal was being drafted and would be introduced soon.  He clarified that the property taxes on owner-occupied property would be essentially eliminated, except for any bonds or levies that had been approved by the voters in return for an increase in the sales tax of 1.95% (essentially 2 cents).  Therefore, depending on what voters had approved where you live, homeowners would receive anywhere from about a 50% reduction in property taxes up to a 100% reduction in property taxes.

All taxing districts, from cities and counties, to cemetery and gopher districts, would receive full replacement of lost property tax dollars with the new money raised from the increased sales tax.  There would also be a “budget stabilization fund” which would accrue money over the years and would be used if the sales tax revenues decline year-over-year so that local taxing districts would not receive a cut to their funding.

Curiously, no other types of property would receive any reductions in property taxes.  Commercial, industrial, agricultural, forestry, and non-owner occupied residential (rental units and 2nd homes, or vacation properties) would continue paying property taxes just as if this bill did not exist.  Although it is reported there would be no shifting in taxes from the newly exempted residential property, there would need to be significant sideboards put into place to ensure the remaining property taxes don’t increase unfairly in future years.

It seems that it would make more sense to do a property tax cut across the board, so all types of property would receive the same percentage of tax relief.  That would eliminate the concerns of how to handle situations where a home was taxable (vacation property) but was purchased and is now non-taxable (owner occupied), or vice-versa.  Why are some properties entitled to full repeal of property tax, while other properties are required to continue to pay property taxes, yet both receive the same services?  Won’t eliminating all property taxes on homes entirely remove any pressure on local elected officials to keep their budgets lean?  In fact, won’t citizens begin demanding more and better services since they will no longer be paying for them directly through property taxes, causing upward pressure on budgets?

Farm Bureau is anxiously waiting for the introduction of the proposal so we can evaluate the bill and determine how it will affect our members.  It appeared that the bill would be introduced this week, but it was pulled from the agenda at the last minute with the remark that they were still working out some details.  We will provide details once they are made available.  Farm Bureau policy #86 opposes “shifting the property tax burden to business, rental property owners and farmers when the homeowner’s exemption is increased.” 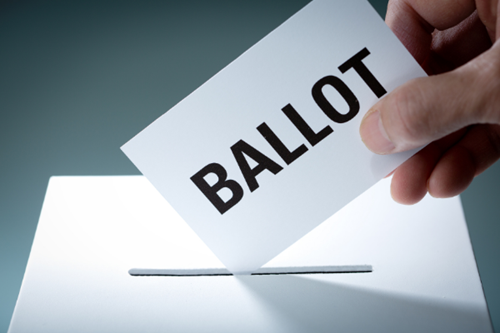 BOISE- This week, H547 was approved in the House and is now awaiting a hearing in the Senate State Affairs Committee chaired by Senator Patti Anne Lodge (R-Huston).

Most voting in Idaho is still done in a voting booth, either on election day or during early voting, which is also done in person at the county clerk’s or elections office.  Both of these options are done in person with an ID.  However, there is a growing interest, particularly during the past two years, for voting by mail.  To do so, by law, the voter must request a ballot, and can then return the voted ballot either by return mail, or by dropping it off at the election office.  Unfortunately, as we have seen in many other states during the last few years, voting by mail provides a number of ways for dishonest people to game the system.

In order to better protect our election integrity in Idaho, H547 clarifies that only US postal workers, election officials, family members or roommates are authorized to handle or convey ballots.  Violations of the law are a misdemeanor, unless someone conveyed more than 10 ballots or were paid by a third party to collect ballots, then it is a felony.

H547 is a very reasonable and measured proposal that implements recommendations of the Commission on Federal Election Reform, in their 2005 report Building Confidence in U.S. Elections.  The bipartisan commission was co-chaired by former US President Jimmy Carter and former Secretary of State, James Baker.

Farm Bureau members want to ensure that our right to vote is vigorously protected and that every eligible voter has the opportunity to cast their vote.  However, we are also very concerned with allegations of improper ballot handling from across the country and want to make it as difficult as possible to cheat in Idaho.

H547 has gone through several iterations to find the right balance of protection and convenience.  This bill will assist local election officials in ensuring our elections in Idaho continue to be secure.  The House passed H547 on a vote of 53-15 and will now move to the Senate for Consideration.  IFBF supports H547. 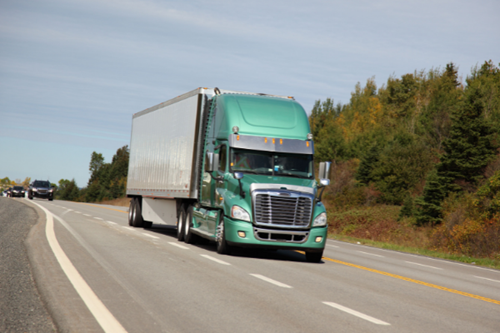 BOISE- This week the House passed H525 on the floor with a 66-1-3 vote. It has now been assigned to the Senate Transportation Committee for a hearing.

H525 extends the time in which a Commercial Learner’s Permit expires from 180 days to one year. This bill was brought by ITD as a way to help cut back on a cumbersome regulation, which in turn hopefully will make it easier and will encourage folks to get their CDL driver’s certification. By extending the Learner’s Permit expiration to one year, the individual will have more time to practice under the permit before taking the required skills test for the CDL. It will also help save time and money as the individual does not need to go into the DMV and pay to extend their permit every 180 days, as previously required.

Farm Bureau has many members that rely heavily on CDL drivers to get work done on their operation, but also to get their commodities to market and consumers. It is no surprise that there is a shortage of labor in every industry right now, and the trucking industry is no exception. It is imperative to our members that we have readily available, trained CDL drivers in the state to help fill these necessary positions.

IFBF has policy that supports reviewing existing regulations to determine their effectiveness. ITD has done excellent work on this point by flagging this regulation as ineffective and unnecessary. A one-year period for a Commercial Learner’s Permit saves time and money for individuals and helps us obtain confident, trained CDL drivers. 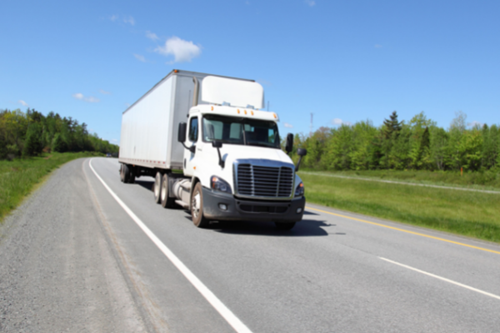 This bill makes it possible for some individuals that were convicted of offenses that federal code requires a lifetime disqualification for a commercial driver’s license (CDL), to be able to reapply for their CDL after a 10-year period has elapsed. The Federal Motor Carrier Safety Administration (FMCSA) has adopted new rules to allow for jurisdictions the ability to reinstate CDLs that had the lifetime disqualification after the individual has met certain criteria and a 10-year period has elapsed after the CDL was disqualified.

H526 allows for the requalification to occur here in Idaho and outlines the requirements the individual must meet in order to be eligible to reapply after the 10-year period. This includes requirements such as, a clean driving record for the past 3 years, completion of online defense driving classes, completion of knowledge and skills testing, criminal background check that is clear of any convicted alcohol or drug related offenses for 10 years prior to the date of application, and if the situation requires, proof of successful completion of a rehabilitation program.

This bill was designed to conform to the opportunities offered with the FMCSA rule changes to possibly increase the number of CDL drivers available for the industry that has persistent shortages.