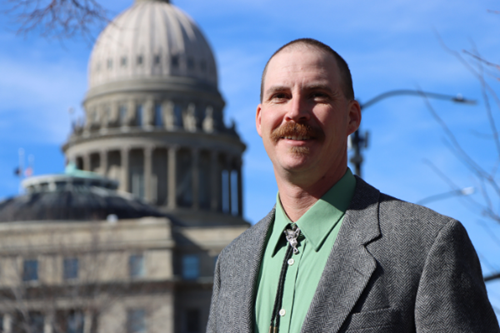 BOISE- This week I was given the opportunity to participate in the IFBF Governmental Affairs team legislative intern program.  When I was approached for this opportunity by Chyla Wilson I was apprehensive to say the least.  My initial reaction was, I’m just a farmer from Boundary County, there’s no way that I am qualified to work with legislators and our governmental affairs team at the Capitol.

After arriving in Boise and meeting with the IFBF team, I quickly realized that they were committed to providing me with an exciting and informative experience.  I spent most of the first day attending House and Senate committee hearings and learning about bills that IFBF is monitoring.  I was also given the opportunity to attend several meetings and learn how the Governmental Affairs team works with legislators, associations, and other groups to advocate for Farm Bureau policy. During the week, I was able to visit with many lawmakers, view the proceedings on both the House and Senate floor, attend committee hearings, and watch as the team testified in favor of bills.

I would recommend this program to any Farm Bureau member that would like to gain experience working with state legislators and see our legislative process in action. I came away from this week with a better understanding of both the Idaho lawmaking process, and how important Farm Bureau policy is to that process.  I would like to thank the Governmental Affairs team for this opportunity.  – Darcy Lammers 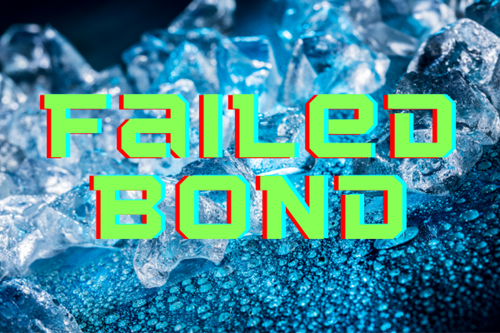 BOISE- A bill that would prevent local taxing districts from running a failed bond measure again within less than one year passed the House on a vote of 43-26.  H512 is sponsored by Rep Heather Scott (R-Blanchard).  This same bill was approved in the House two years ago, but was never given a hearing in the Senate.

H512 is aimed at preventing a taxing district from running the same bond measure repeatedly, in some instances four times in one year, until it is approved by the voters, often when there is a very low voter turn-out. Once approved, H512 would require an 11 month “cooling off” period before a taxing district could run a failed bond again.  The hope is that during that time, the taxing district would work closely with the citizens to determine if the project should be tried again, and if so, what should be adjusted to make it more in line with the desires of the voters.  Simply running the same proposal over and over again is not an appropriate strategy and is not honoring the wishes of the taxpayers.

H512 will now move to the Senate State Affairs Committee for consideration, which is chaired by Senator Patti Anne Lodge (R-Huston).  Senator Lori Den Hartog (R-Meridian) is the sponsor of H512 in the Senate.  We appreciate the efforts by these legislators to recognize there are taxing districts who are abusing the current system.  This is a reasonable approach to ensure taxing districts still have the ability to bond, while providing greater incentive for them to work closely with voters prior to running a bond measure so they are in-line with the desires of the taxpayers.  IFBF supports H512. 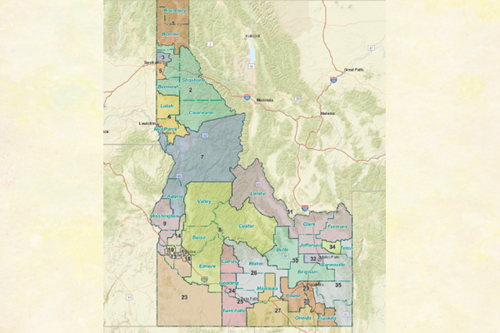 BOISE- With the Idaho Supreme court upholding the new legislative map after redistricting, many of our members are interested in what this means for them and their new state legislative districts. They are wondering which legislators are included in their new district and if there are any open seats. Below is a district by district look at open seats or multiple incumbents having to run for a limited number of seats after redistricting. To find out which new legislative district you are in click HERE

(Rep. Priscilla Giddings, R-White Bird, for Lieutenant Governor rather than seeking re-election to the House.)

Senate: Open Seat (Christy Zito, R-Hammett, lives in the district but has announced her retirement)

House Seat B: Greg Chaney, R-Caldwell (believed he will possibly run for the open Senate seat)

House Seat B: Sue Chew, D-Boise (she is now in this district after moving)

House Seat A: Clark Kauffman, R-Filer (believed that he will not seek re-election)

Senate: Steve Bair, R-Blackfoot,(possible he may announce his retirement. Seat currently occupied by Sen. Julie Van Orden as a substitute) 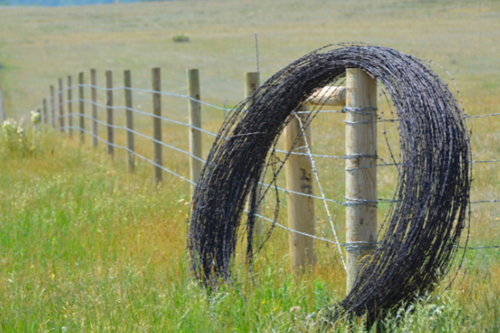 BOISE- This week S1312 was introduced into the Senate Agricultural Affairs Committee chaired by Senator Van Burtenshaw (R-Terreton). The sponsor of S1312, Senator Mark Harris (R-Soda Springs), indicated that the purpose of the bill is to try and resolve some issues that have arisen when certain livestock owners have not kept their fences maintained and their livestock are routinely leaving their property and causing problems for other landowners.

S1312 makes several adjustments to existing fence laws. If any barbed wire fences are in disrepair, or “under circumstances or conditions likely to injure livestock” then it is the owner’s responsibility to repair the fence. If the Sheriff determines that a barbed wire fence is in disrepair, he must notify the owner either verbally or in writing, and the owner must repair the fence within 5 days of notification, or he will be subject to an infraction (ticket) and will be fined $150. If the owner fails to maintain his fence a second time within five years of a first offense, he will then be subject to a misdemeanor and a fine of at least $250 with a possibility of up to six months in jail.

The takeaway from S1312 is that landowners should be good neighbors by keeping their fences maintained so their livestock do not routinely leave their property and negatively affect other people’s property. Even though Idaho is an open-range state, it is important to note that does not give license to livestock owners to let their stock wander wherever they want. There is no common range where anyone with stock can freely graze anymore in Idaho. At this point, the open range law is primarily used to determine liability when there is an incident involving a vehicle hitting livestock on a road. Livestock owners must have pasture or range enough to feed their animals and they must reasonably attempt to keep them within their lands.

It is the hope of the sponsor that these minor tweaks will be enough to resolve the issues and will provide the incentive for fence maintenance to improve where needed across the state. 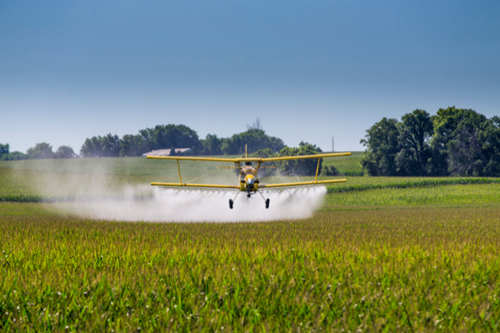 BOISE- A bill that deals with agricultural aviation was recently introduced in the House Agricultural Affairs Committee. H606 which is brought by the Idaho Agriculture Aviation Association and sponsored by Rep. Judy Boyle (R- Midvale) and Sen. Jim Patrick (R- Twin Falls) would add to the definition of “agricultural operations” under the Right to Farm Act. 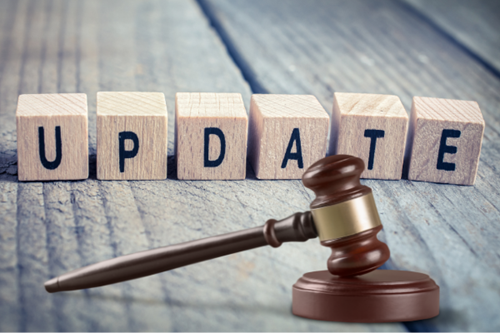 BOISE- This week, both the House and Senate Agricultural Affairs Committees held several informational hearings on a variety of topics. This is a common practice for the committees each year, with several commissions being statutorily required to give annual updates to the legislature. Other state programs, commodity groups/associations, supporting industry representatives, and stakeholders are also commonly solicited to give presentations to the committees.

This is a valuable process to educate legislators about the important details and issues of Idaho’s diverse agriculture industry. With several new legislators on the agriculture committees, it is a good opportunity for them to ask questions and meet the representatives of the different commodity groups. To review any committee meetings and see the presentations given to lawmakers, visit the legislature’s digital media archive HERE.