“Our Constitution was made only for a moral and religious people.  It is wholly inadequate to the government of any other.”  President John Adams 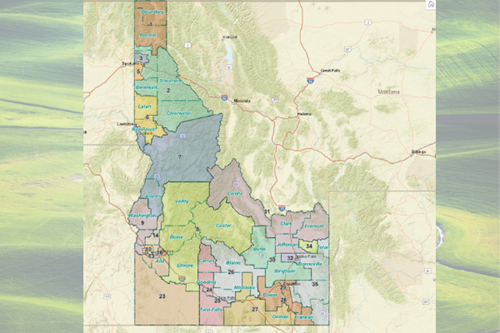 BOISE - Last evening, the Idaho Supreme Court ruled unanimously that the plan submitted by Idaho’s Redistricting Commission is legal and valid.  That means that anyone planning to run for the legislature this year will be running in the newly drawn districts represented in the map shown HERE.

Candidates for the legislature must file with the Secretary of State’s office between the dates of Feb 28 and March 11.

In rejecting the arguments from the four plaintiffs seeking to overturn the work of the Commission, the court found that the Commission had properly navigated the “delicate balancing act, entrusted to the commission by the Idaho Constitution and the citizens of Idaho” which requires threading the needle between both state and federal constitutional requirements.

Most observers did not expect this outcome, thinking that the court would remand the plan back to the Commission for further tweaking based upon previous redistricting rulings.  However, in the court’s 24-page decision, they partially overturned two previous decisions by the Idaho Supreme Court on this subject, which is highly unusual.  In the end, the court determined having legislative districts that are almost identical in population is more important than splitting the least number of counties or keeping communities of interest intact.

Legislators have been anxiously awaiting the ruling by the court since they really want to know which constituents they will be representing in the future.  The maps that have now finally been approved will pit a number of current legislators against their colleagues, including one district in Meridian where four sitting legislators will now be in the same district, meaning at least two of them will no longer be serving.  They include Jason Monks, Steven Harris, John Vander Woude and Greg Ferch.  Senators Jim Rice and Abbey Lee are another example where redistricting will cause two sitting legislators to campaign against each other.

Now that the new districts are finalized, county Farm Bureaus should familiarize themselves with their new boundaries as many counties will be in a district that looks radically different than the last ten years.  They should determine if their incumbent legislators are even in their district anymore for the upcoming election, or if a different incumbent legislator will now be representing their district beginning next year.

The map linked above provides the best information available at this time on the new districts. if there are any questions about the new district boundaries, feel free to contact us at IFBF Governmental Affairs. 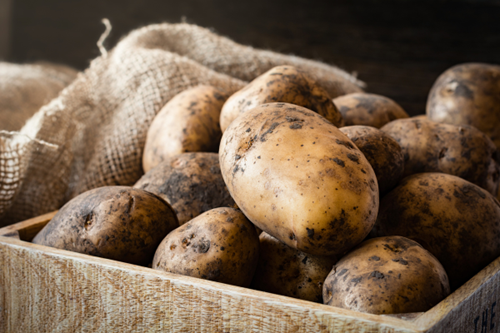 BOISE - The Idaho Potato Commission (IPC) has a new leader these days. Jamey Higham was named the new President/CEO last fall and began work just over two weeks ago. A native Idahoan, Mr. Higham was raised in Shelley and has had an extensive career in the potato industry. For more information about the new CEO, click HERE.

As part of his introduction and presentation to both the House and Senate Ag. Committees, Mr. Higham talked about last year’s crop and some of the challenges felt by extreme temperatures and smoky conditions that impacted yields. He also highlighted the significant price increase of inputs such as fertilizer and how this coming year’s crop would likely be the most expensive ever to raise.

Dean Michael Parrella also gave his annual presentation and update on the U of I College of Agriculture and Life Sciences. He talked about many aspects of the College, its several programs and offerings to students, industry and communities around the state. He highlighted the completion of the new Potato Seed Center on campus and the progress on the new Parma Research Center.

Additionally, the dean gave a status update on CAFE (Center for Agriculture, Food & the Environment) project. It is anticipated that much of the project will be up and running within the next two years, with cows starting to be milked by the fall of 2023. More information on this project and all it will entail can be found HERE.

Another item of interest from Dean Parella’s remarks was the update on the Washington-Idaho-Montana-Utah Regional Program in Veterinary Medicine (WIMU). This program allows 11 Idaho resident students per year access to veterinary medical education, without paying out-of-state tuition. The dean expressed concern with some changes WSU was proposing to the program and its curriculum. He suggested that the Legislature might consider forming a workgroup to analyze WSU’s changes, the needs of Idaho for veterinarians and what might be the best options moving forward. 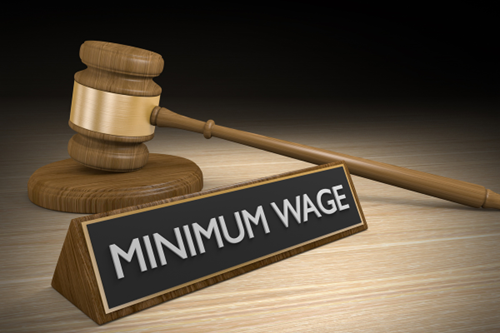 BOISE - Two minimum wage bills have been introduced this session. H458 would allow for local government to establish an increased minimum wage higher than the state’s minimum wage. This bill was filed as a personal bill, sent to Ways and Means Committee, and will not be heard.

S1129 would increase the state’s minimum wage from $7.25 per hour to $15.00 per hour effective July 1, 2022. It would also annually adjust Idaho’s minimum wage in accordance with changes in the Consumer Price Index, eliminate the training wage exception currently permitted by law, and permits local municipalities to set a higher minimum wage than the state minimum wage. There is new language in the bill that requires all Idahoans to receive at least the Federal minimum wage.  It also eliminates the exemption from the federal minimum wage we currently have for employed positions that earn the majority of their salary through tips. S1129 was sent to Senate State Affairs Committee.  It is unlikely that S1129 will receive a hearing.

IFBF policy # 73 opposes “any minimum wage within the state that is higher than the federal minimum wage.” 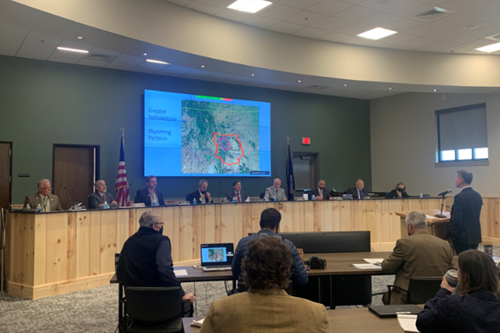 BOISE - The Idaho Fish and Game (IDF&G) Commission held its annual meeting in Boise this week. Many topics of interest to our members were presented to the Commission including a grizzly bear update on delisting petitions, wolf abundance estimate report and a chronic wasting disease (CWD) update.

Work is being done to create a delisting petition from Idaho to follow Montana and Wyoming’s petitions that were recently filed for grizzly bears in these states’ recovery zones. IDF&G is working with the Governor’s office and OSC to draft comments from Idaho to send to USFWS for this delisting petition. Wyoming filed their petition for delisting the Greater Yellowstone Ecosystem Recovery Area on January 10th. Recent actions from the three states’ commissions address the shortcomings that the court found in the previous year’s attempts of delisting for this zone, prompting Wyoming’s current refiling of the petition. There are now more than a thousand bears within this recovery zone, double what the federal recovery criteria is. Montana also submitted a separate petition on December 17th to delist grizzly bears in an area that is entirely within the state including the Northern Continental Divide Zone and Eastern Montana.

During the wolf abundance report, there was a review of the science used to reach the population estimate with the new camera system IDF&G uses in its wolf counting. With the newly implemented science, the department has been able to give a population estimate for the last three years, starting in 2019 with 1,566 wolves. The count for 2020 was 1,556 wolves. The newest count from 2021 for wolf population around the month of August was 1,543 wolves. S1211, that added methods of take for wolves last legislative session, went into effect July 1, 2021, which will mainly be captured in this year’s population estimate. The number of wolves taken this season under S1211 is still comparable to the record take year of 2019, with a few more months to go in the wolf season.

Commissioners were updated on the current status of CWD cases in the state. The first case of CWD was discovered in November 2021 when two deer came back positive with the disease during hunting season in unit 14. A surveillance hunt was then issued after season with 785 tags sold to collect more samples to test for CWD in the unit. Out of 524 samples collected, 4 samples came back positive for CWD (two whitetail deer and two mule deer.) There has also been one confirmed cow elk in unit 14 that tested positive for CWD.  This indicates that Idaho is currently at a 2% prevalence rate, compared to states that have had the disease for many years, like Wyoming and Colorado, which are at 30%. No other positive cases have come back from sampling in other units throughout the state. Options of management were discussed by comparing what other states have found successful in managing CWD cases. There will be continued strategy on containment and research to reduce the spread.

*Note: Due to technical difficulties the audio for CWD information was not captured in the video stream but the PowerPoint is visible. 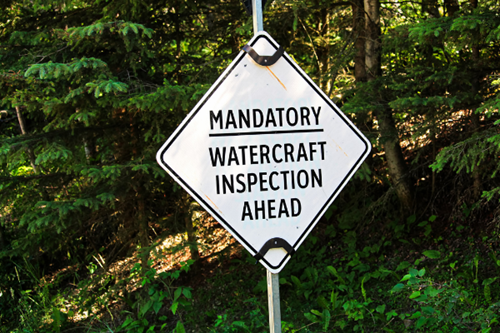 It is important to note that the bill does not propose changes to the requirement of inspection of watercraft vessels in the state, motorized or not. All water vessels are required to be inspected upon entry into the state. The proposed amendments of H456 are strictly limited to the fee amounts.

Farm Bureau is currently monitoring H456 and inquiring about its possible impacts on the state’s invasive species fund. Farm Bureau has long supported the state’s efforts to keep invasive species like quagga and zebra mussels out of Idaho’s waterways. These species would have a devastating effect on water resources, water delivery infrastructure, hydropower generation equipment, etc. Idaho’s invasive species program has largely been held up as the gold standard in the region, and to date has successfully kept such invasive mussels out of the state. In recent years, the state has invested in more check stations around the state and increased the number of stations that are operating on a 24-hour basis.

IFBF Policy # 55 states that we support adequate state funding for inspections of all watercraft and other vessels to prevent the spread and infestation of quagga/zebra mussels in Idaho waters. Farm Bureau will continue to gather information and have conversations with the bill sponsor to better understand potential impacts to the program’s funding.