“Where the people themselves are the government, it needs no argument to demonstrate that what the people cannot do their government cannot do.” President Calvin Coolidge

BOISE - On Monday, the House voted on H126 regarding the legalization of industrial hemp for farmers, processers, transporters, and researchers pursuant to a license. The bill passed out of the House on a 44-26 vote. Those that opposed the bill stated that their primary objection was to the law enforcement aspects of the bill, or that the bill did not remove industrial hemp from Schedule I for all Idahoans and not just for licensed growers/processers.

On Thursday morning, the bill was considered in the Senate Agricultural Affairs Committee and was unanimously passed by the committee to the Senate Floor with a do-pass recommendation. The bill will likely be voted on by the full Senate next week.

We thank those individuals and members who reached out to their representatives asking them to support the bill and for those that came and testified in committee. Farm Bureau has had long standing policy supporting the legalization of the production of industrial hemp, and we are happy to see H126 advance in the legislative process. IFBF supports H126. 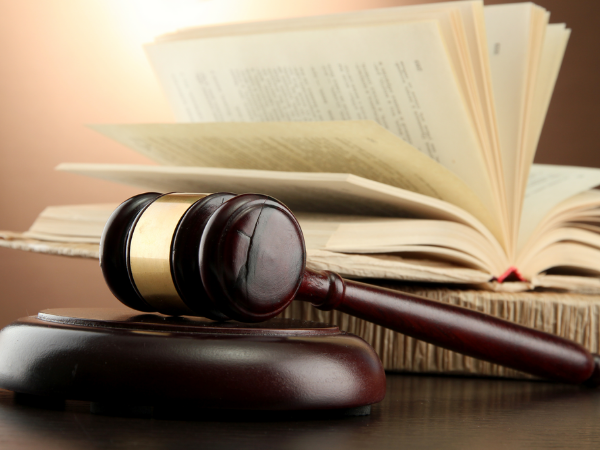 BOISE - A new constitutional amendment (HJR4) regarding the state’s drug policy was introduced to replace a previous version that already passed the Senate. On Thursday morning, a majority of the House State Affairs Committee voted to support HJR4 and send it to the floor with a do-pass recommendation.

The members of the Idaho Farm Bureau have long held a policy position opposing illegal drugs and drug abuse in the state. We appreciate the leadership of the legislative sponsors on this issue and support their efforts.

Farm Bureau was consulted during the development of HJR4 to ensure that it did not conflict with our efforts to legalize the production and handling of industrial hemp in the state. We appreciate the legislative sponsors taking into consideration our efforts and working to find a solution that would not complicate our efforts. IFBF supports HJR4. 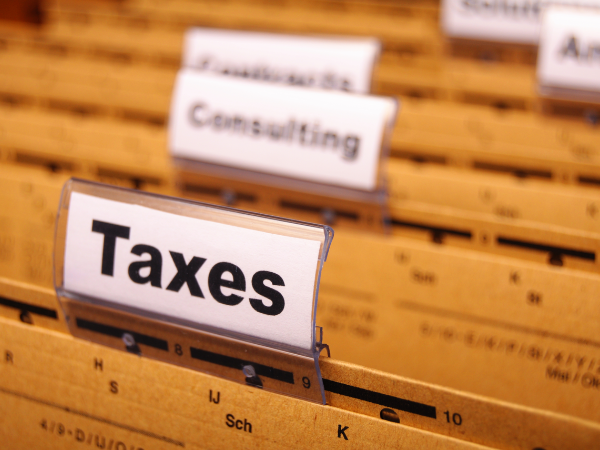 BOISE - During the summer, the Legislature’s Property Tax Working Group found it is not possible to get basic financial information from taxing districts in uniform accounting categories since each taxing district uses slightly different categories as they do their accounting.

Similarly, there is no readily accessible information so citizens can discover how much debt taxing districts have accumulated. There is also no centralized repository that houses historic spending data so taxpayers can review spending growth patterns over time.

Therefore, the legislature has determined that a uniform system of accounting categories would provide more transparency and be a useful way to compare information across time and between districts.

Since all districts already must report their audited financial information to the state, and to prevent any additional burdens on the taxing districts, H73 utilizes the accounting information that is already being provided and gives authorization for the State Controller’s Office to work with the districts to place the information into uniform accounting categories. Once the information is standardized, it will then be placed on the Transparent Idaho website where all state financial data is currently housed.

Farm Bureau supports this transparency effort so that taxpayers and even taxing district officials can easily find and review standardized accounting information that is searchable and comparable over time. This will aid in identifying areas where spending could be tightened to assist in restraining budget growth and reducing property taxes. H73 has passed both the House and the Senate and is awaiting the Governor’s signature.  IFBF supports H73. 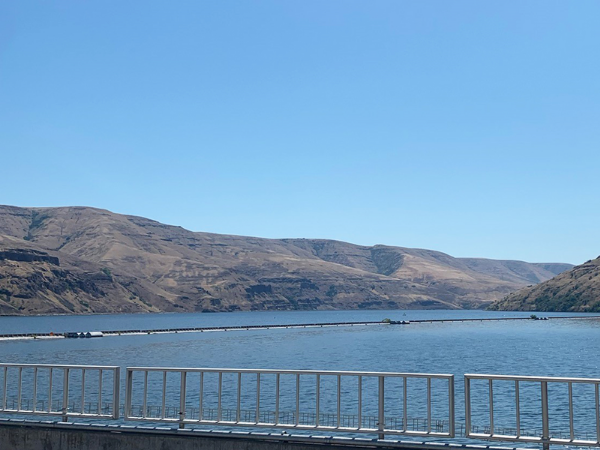 BOISE - With the four Lower Snake River Dams in the headlines again, the legislature is considering a joint memorial that would restate its support of the Columbia-Snake River System and its opposition to any effort to remove critical infrastructure that forms part of that system.

Specifically, SJM103, sponsored by Sen. Regina Bayer (R-Meridian), expresses the legislature’s opposition to the removal or breaching of the dams on the Columbia-Snake River System and its tributaries, and recognizes certain benefits provided by the Port of Lewiston. The memorial goes on to express support for the international competitiveness, multi-model transportation, and economic development benefits provided by the ports, locks, hydroelectric systems, and dams along the two rivers.

Idaho’s agriculture industry is the backbone of the state’s economy, history, and culture, and its existence is only made possible by reliable and functional water systems. These systems are both natural and man-made, and include among other things lakes, reservoirs, dams, aquifers, rivers, streams, canals, ditches, and diversions. The state relies heavily on its water resources and we recognize them among its most valuable assets.

It is important that the state make these official statements and articulate Idaho’s position and policy on the topic. We must stand together to defend water rights, support and improve water infrastructure, and protect the multiple uses of our water resources. As an agriculture industry, we depend on the systems and infrastructure for water storage, delivery, hydropower, and navigation/transportation.

Idaho Farm Bureau policy supports the construction, improvement, and increased size of storage facilities that provide multiple beneficial uses of Idaho’s water. We support the continued existence and current usage of all dams on the Columbia and Snake Rivers. We oppose any efforts to destroy or decrease production of those dams.

Farm Bureau policy regarding salmon recovery supports physically modifying the dams rather than tearing them down or lowering the water levels; improving barging such as net barge transportation; privatizing salmon fisheries for stronger fish; controlling predators of salmon; utilizing new hydroelectric turbine technologies to achieve the goals of increased power production and reduced hazards to fish; and regulating harvest of offshore and instream fish.

SJM103 has already passed the Senate and House Committee and will likely be considered by the full House next week. IFBF supports SJM103. 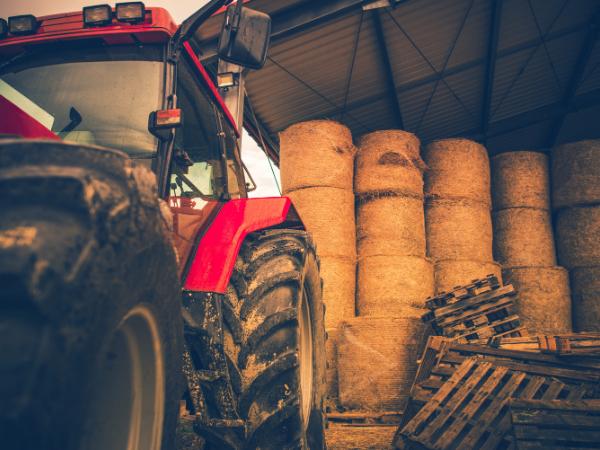 BOISE - This week H252 was heard in the Senate Local Government and Taxation Committee Chaired by Senator Jim Rice (R-Caldwell). Although it passed 70-0 in the House, the Senate Committee felt the bill needed additional work and sent it to the amending order for possible amendment.

Rep Aaron von Ehlinger (R-Lewiston) is the sponsor of H252.  He was peppered with a number of questions in the Senate Committee, primarily revolving around the language being used to prohibit the inappropriate assessment of agricultural property. A few senators thought the language was too vague and would allow farmers to avoid having land assessed as commercial property even though it was being used for commercial purposes. After a series of questions, the committee made some suggestions on how the language could be improved.  The sponsor did not object to the suggested language, so it appears the bill will be amended.

This will add a few days to H252’s journey, but with a close watch by the sponsor, it should emerge as a better bill with more specific language. We appreciate Rep von Ehlinger and his work to correct this problem.  IFBF supports H252. 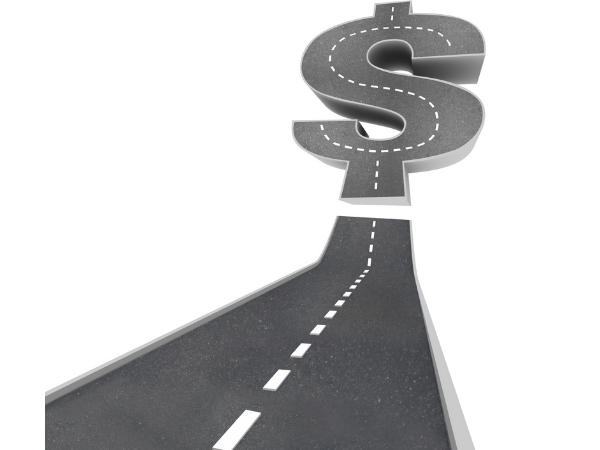 BOISE - H314 is a transportation funding bill Chairman Palmer (R-Meridian) has brought forward this year. It passed House Transportation Committee this week and is headed to the House floor with a do pass recommendation.

This bill increases the percentage of sales tax that is distributed to the Transportation Expansion and Congestion Mitigation Program (TECM) from 1% to 4.5%. This money is normally used to bond for larger projects within ITD. The bill also opens that these funds can be available for use by local units of government. Specifically, 30% of the net proceeds of all bonds issued pursuant to this fund shall be made available to local units of governments, based on allocation percentages already described in Idaho Code.

Chairman Palmer gave an example using simple numbers when presenting to the committee. If ITD bonds for a project that normally would be $7, they would need to bond for $10, the $7 would go to ITD as they needed and the additional $3 would be distributed to local government as a grant for any projects they have that fall under TECM type projects. This transportation funding bill helps to better fund infrastructure projects throughout the state, without needing to raise fuel tax or any vehicle fees. IFBF has no stance on H314.