“I don’t believe in a government that protects us from ourselves.”  - President Ronald Reagan 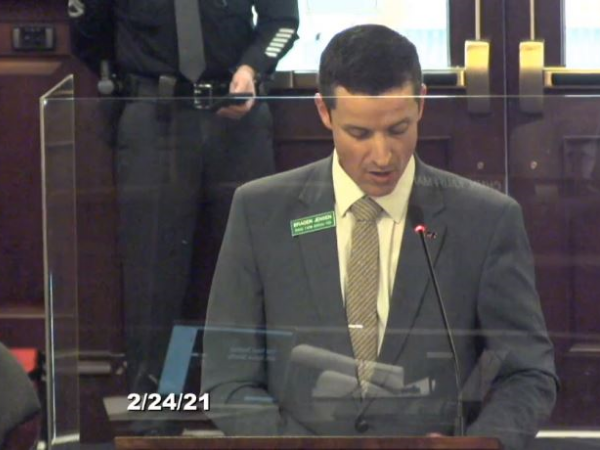 BOISE - The House Agricultural Affairs Committee held a hearing this week on H126 regarding the legalization of the production, processing, transportation, and research of industrial hemp in the state of Idaho. Ultimately, a majority of the committee voted to delay the vote until the next meeting, expressing the desire to gather more information regarding the Idaho State Police’s position on the bill.

There were several farmers and agribusiness representatives that testified in support of the bill and the opportunities that industrial hemp could provide to the state’s agriculture industry. There was only one individual that expressed opposition to the bill out of fear that it might be a steppingstone to the legalization of marijuana.

It is important to understand the scope and intent of H126. The legislation only addresses the issue of production, processing, transportation, and research of industrial hemp. It does not fully address the issue of the retail sale and possession of CBD-THC (CBD that contains an amount of THC greater than 0%, but no more than 0.3%) by unlicensed individuals. H126 would only legalize industrial hemp for farmers, handlers, and transporters pursuant to a license.

Some committee members expressed concern about the amount of regulation and restrictions provided in the bill. It is worth noting that, without question, H126 would be less restrictive than the current state law and rules in Idaho. It certainly does not do everything some individuals would like; and yet, it does propose doing more than other individuals may be comfortable with. Nonetheless, Idaho Farm Bureau Policy supports the legalization of industrial hemp, and we support maintaining a strong enforceable drug policy. Farm Bureau is confident that both objectives are successfully achieved as proposed in the bill and we offer our full endorsement.

Farm Bureau members are encouraged to contact members of the House Agriculture Affairs Committee asking them to support H126 which would allow Idaho farmers the opportunity, if they so choose, to grow industrial hemp. 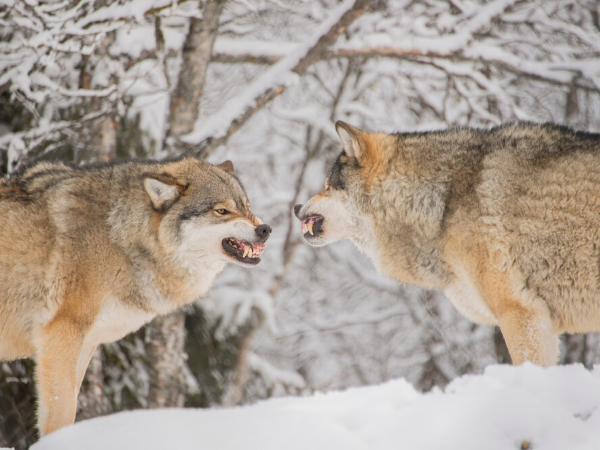 BOISE - A wolf bill, H238 was introduced in House Resource Committee on Tuesday. H238 would change the designation of wolves in the state from big game animals to predators. Moving them into a category that other destructive animals are in, such as coyotes, jackrabbits, skunks, etc. If this bill were to pass it would mean that wolves could be taken at any time of year without the need to purchase a tag, the individual would just need a current hunting license. The only areas in the state that wolves would not be considered a predator under this bill are units 15, 16A, 17, 19, 20, 20A, 21, 26 and 27, primarily in central Idaho wilderness areas. It would also allow for the taking of a wolf from an ATV, UTV, snowmobile and powered parachutes. Any individual who takes a wolf would be responsible to report the taking to the Department of Fish and Game within fourteen days.

This classification would take effect as long as more than 50 packs, consisting of at least 500 wolves remained in the state. If the population number dropped lower than that, the Fish and Game Commission is authorized to review and modify wolf management policies until the numbers return back to the minimum of 50 packs, of around 500 wolves. The bill will likely be heard in committee next week on Wednesday. IFBF policy #78.1 states, “We support all methods of year-round wolf control and population management statewide.” 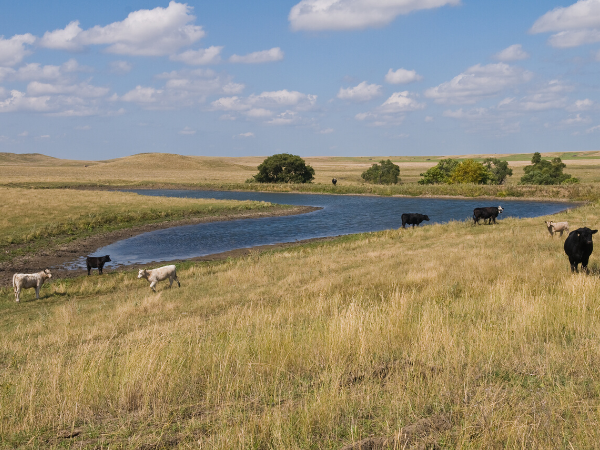 BOISE - On Thursday, the House Resources Committee voted unanimously to support H186, a stockwater rights on federal lands bill, and advanced it on for further consideration on the floor. The bill is sponsored by Rep. Laurie Lickley (R-Jerome) and supported by the livestock industry.

H186 would allow claimants of stockwater rights on federally managed lands to use the date of the original federal grazing authorization as they establish the date of priority for that water right. If a claimant has evidence of an earlier stockwater use on federal land, they can use that evidence to establish the priority date. The bill would also allow the current base property to relate back to the base property associated with the original federal grazing authorization.

Both federal and Idaho law authorize permittees to hold a property right for the water that they use on federal land. However, permittees need to file on their stockwater claims to secure their rights. The difficulty for some livestock owners is providing or obtaining the needed documentation to accurately establish their water right priority date. This bill would aid these producers in correctly establishing their claim to the beneficial use of the water.

Idaho Farm Bureau Policy #44.4 supports permittees on federal land being recognized and acknowledged as the owners of stockwater rights in their allotments. H186 further aids in this process. IFBF supports H186. 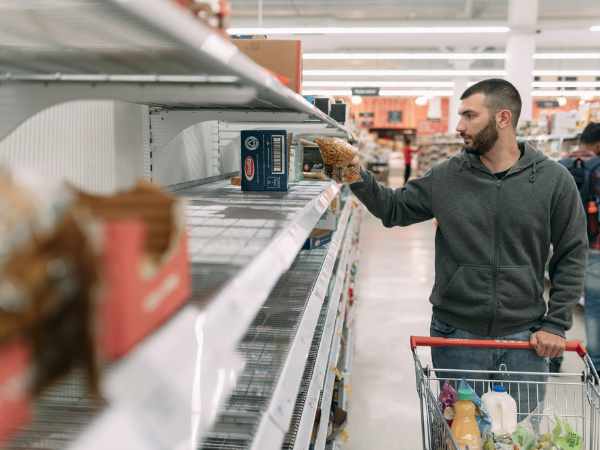 BOISE - This week the House Commerce & Human Resources Committee approved S1041 which clarifies Idaho’s “price gouging” law. Currently, during a declared emergency, it is illegal to sell food, fuel, pharmaceuticals or drinking water at “exorbitant or excessive” prices. Unfortunately, as with many well-meaning, but misguided government efforts, the current law actually harms those it is intended to help.

Prices are not arbitrary numbers assigned to products by business owners. They convey important market information to both consumers and producers of goods. When government interferes in the pricing mechanism, it distorts the market and causes unintended consequences that harms consumers.

During an emergency, there are typically many citizens who find they are not as prepared as they would like to be. They run down to the store to purchase the things that they think they will need such as food, water, medicines and maybe fuel. We all witnessed this happening this past year, perhaps for the first time in our lives. Many store shelves were completely bare due to the increased demand and the ensuing panic buying.

When prices are not allowed to adjust to new conditions due to government prohibitions, people interpret the normal prices to mean that there is an adequate supply. Rather than being prompted by higher prices to conserve and only purchase what they need, they purchase more than they really need.  This causes the supply to run out quickly and most people are left with nothing. Meanwhile, suppliers divert supplies to those areas where prices are rising since that signals to them that the demand is higher than normal in that area.

Why is Farm Bureau involved in this issue? Because the Attorney General’s office has applied Idaho’s price gouging laws to fuel suppliers over the past year, not for excessive or exorbitant increased prices, but because their prices did not fall fast enough. You read that right. They investigated them because they felt their margins were “too high.” Since food is specifically included in our current price gouging law, it is not a stretch to believe that the AG might decide to come investigate a dairy or a potato farmer to see if his margin is “too high” during a declared emergency under their current interpretation of the law.

Since farm income is cyclical, with many lean years followed by a great year or two, if an emergency happened to fall during a good year, farmers may be required to open their books and show what their margins are and why it is not excessive or exorbitant. S1041 simply clarifies that the state cannot investigate based upon the margin, but only on whether the price charged had increased excessively or exorbitantly.

It would be better for all consumers if our price gouging law was repealed entirely and the market was allowed to operate without interference. The market always does a better job of serving consumers than government bureaucrats who think they are “protecting us.” S1041 passed the Senate on a unanimous vote of 35-0 and will soon be considered by the full House. IFBF supports S1041. 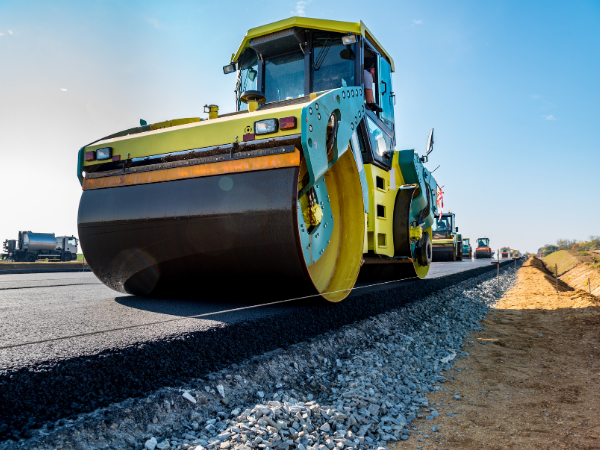 BOISE - H112 was heard in House Transportation Committee on Monday and passed the House floor Friday with a vote of 64-3-3. H112 provides a mechanism for governmental agencies to receive a rebate for sales tax that is paid on road materials by contractors. The government agency will be required to file a written claim with the state tax commission to receive the rebate. 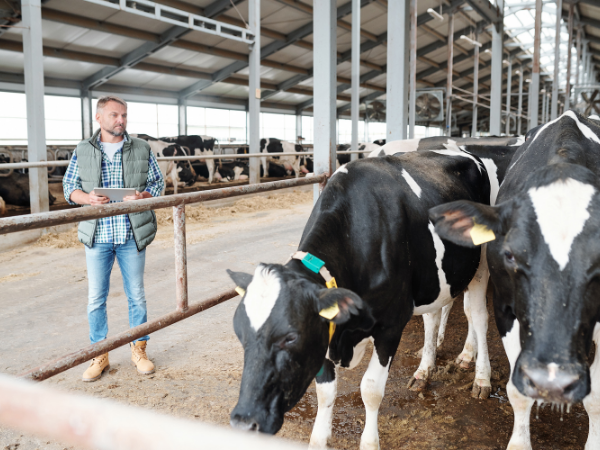 BOISE - This week both H51 and H167 were approved in the House and will now be considered in the Senate Agricultural Affairs Committee Chaired by Senator Van Burtenshaw (R-Terreton).

H51 provides the opportunity for dairy producers to continue to have a choice between two equally protective nutrient management options. ISDA was planning to eliminate the ability for dairymen to use a phosphorus threshold management system while retaining the newer phosphorus indexing system.

Some dairymen prefer the threshold system and would like to be able to continue using it. H51 provides that choice into the future.