Canals and ditches are not waste disposal sites 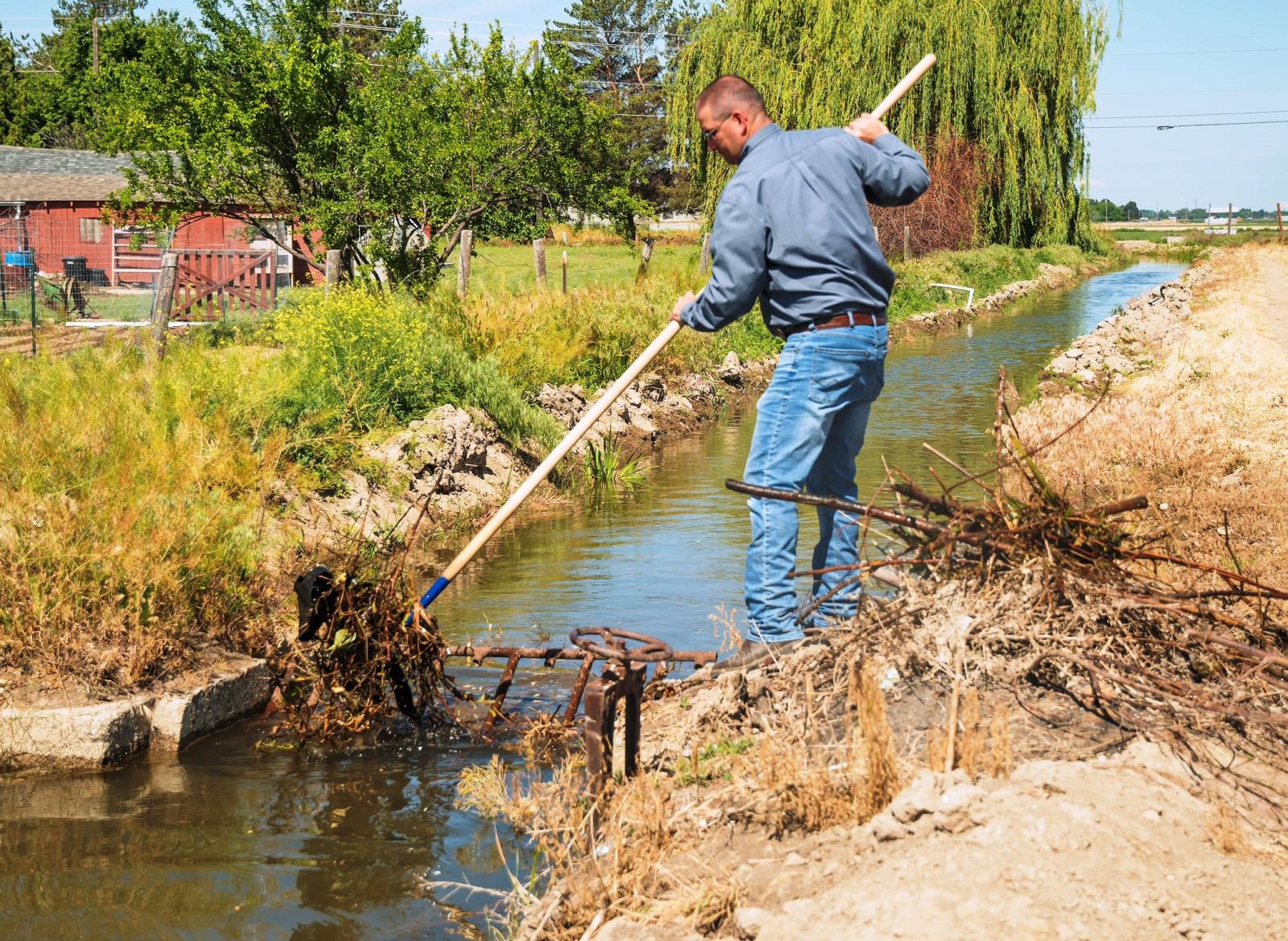 That canal or ditch near your back yard is not a convenient trash disposal site to dump your yard waste, old tires, couch or household trash, so don’t use it like it is.

That’s a message from the Treasure Valley’s irrigation delivery entities that operate approximately 1,500 miles of canals, laterals and ditches that carry and deliver precious irrigation water to agricultural and residential water users.

“This year before water entered into the system, we were seeing a real problem with people depositing their tree trimmings and yard waste into the canals,” said Greg Curtis, water superintendent for the Nampa & Meridian Irrigation District, the largest irrigation district in the Treasure Valley. “Our ditch riders have gone through and burned the canals and ditches clean only to come back a day or two later to find piles of yard waste in them. With the miles of canals we have to prepare for water delivery, this really hurts our efforts. If that yard waste stays in the canal, we will have to fight it all the way through the system as pipes and weed racks get clogged.”

Curtis also noted that the next two weeks will require longer working hours and irrigation delivery entities really don’t need to be dealing with any extra waste being dumped into the canals and ditches.

“This is a serious problem for our irrigation delivery entities and it has only gotten worse with the strong residential and commercial growth we are experiencing,” said Roger Batt, executive director of the Treasure Valley Water Users Association. “It’s really frustrating that some folks look at a canal or ditch as a waste disposal site. It’s a shame that our irrigation delivery entities have to spend their time and resources dealing with this unnecessary issue.”

The safe and efficient delivery of irrigation water is so important that Idaho Statute 42-1209 specifically prohibits dumping any debris into a canal or ditch that can interfere with the delivery of irrigation water. The law is also clear, under Idaho Code 18-4306, that criminal actions can be taken against individuals who litter or otherwise interfere with irrigation operations, yet this Idaho law continues to be ignored.

“As development continues to grow in the Treasure Valley, many homes are being constructed next to canal easement roads,” said Mack Myers of Settler’s Irrigation District, whose system serves a large contingent of residential areas that are experiencing a growing problem of unlawful dumping into the system’s canals. “We ask homebuilders and homeowners to please keep in mind that dumping debris on or in easements or canals is strictly forbidden and illegal.”

What also happens is that debris dumped into the canal or ditch floats down and becomes someone else’s problem. The junk then builds up as it lodges against trash racks and creates a potential for serious flooding and damage to personal property and even homes.

Debris in canals and ditches is also causing an increasing problem for residents who use pressurized irrigation systems that rely on pumping stations to supply water to their lawns, gardens and community areas. Trash in the water can easily plug the pumps, cutting off the subdivision’s irrigation water supply.

“This year alone we have retrieved numerous truckloads of household items, tree trimmings and discarded lumber,” said Mark Zirschky, superintendent of the Pioneer Irrigation District. “Trash and other debris dumped into the canal system leads to plugged irrigation delivery head gates and other structures, and if not detected could lead to canal failure.”

Zirschky also noted that grass clippings are commonly dumped into and alongside canals and laterals, resulting in plugged intake screens for local municipalities and low pressure for residential customers who depend upon pressurized irrigation.

“It really comes down to respect for your neighbor and respect for the law,” Batt said.  “If everyone acted in this manner, then we wouldn’t have to deal with these kinds of issues. Remember, it’s against the law to dump debris into a canal or a ditch and you also live upstream from someone else.”