Boise to revive Spaulding Ranch as a city park 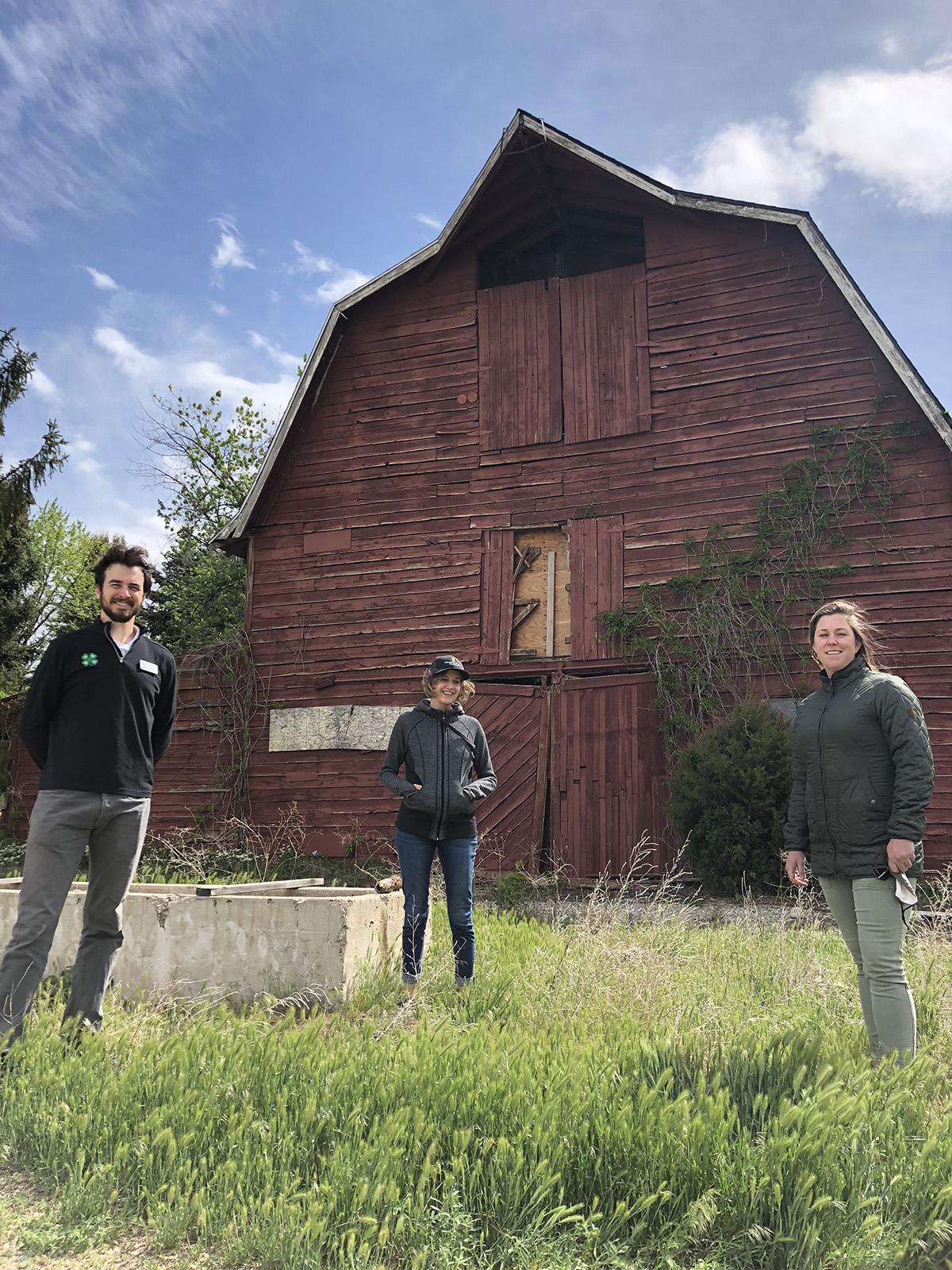 BOISE – Spaulding Ranch, a historical but long inactive farmstead in the middle of Boise, will rise again, this time as a monument to the region’s rich agricultural history.

The city of Boise is creating a park at the property that is also a farm.

The project is being built on 20 acres at the site of the historical Spaulding Ranch, a farmstead with a grand barn that has been preserved but not used for agricultural purposes for a quarter century.

The property is surrounded by subdivisions and is located off of North Cole Road, a busy transportation corridor.

Though the Settler’s Canal still runs through the property, its heyday as a farmstead is long over. The city of Boise, with assistance from University of Idaho Extension employees who understand farming, plans to revive Spaulding Ranch.

Ada County has the second most farms in Idaho, behind Canyon County, although most of those farms are much smaller than the state’s average-size farm of 468 acres.

“We want to restore this site so urban agriculture can still happen in Boise,” said Lisa Duplessie, the project manager for the Spaulding Ranch project for Boise.

The revived Spaulding Ranch will be a nod to the area’s agricultural history and a reminder to Boise residents that agriculture is still a major player in the state’s economy and way of life.

Boise Parks and Recreation staff will oversee the project and staff from University of Idaho Extension, given their farming expertise, will manage the agricultural operations at Spaulding Ranch.

“The University of Idaho is a perfect and logical fit for us, given all the agricultural research they do,” Duplessie said.

The city acquired the historical farmstead in 2016 as part of a land swap and citizens helped formulate a master plan for the property.

The master plan calls for the possibility of several agricultural-related features, including a six-acre demonstration farm, an orchard that includes apple, peach and pear trees, a small animal farm, pollinator gardens, farm-themed play equipment and a meadow maze.

The project could also include meeting and event space in a rebuilt barn, a community kitchen and farmers market.

The property will also include historical and current information about Idaho’s agricultural industry, which is responsible for one in every eight jobs in the state and 13 percent of Idaho’s gross state product, according to a recent U of I study.

“What it will ultimately look like is still up in the air because there are so many possibilities,” said Ariel Agenbroad, a University of Idaho Extension educator in Ada County.

The park-farm has already started to take form with the planting of 100 fruit trees in March. The idea is to begin planting crops in 2023.

“It was super exciting to finally see stuff starting to happen,” Duplessie said. “This is a one-of-a-kind project. It’s honestly a dream project.”

The city worked with the community over the past three years to come up with a master plan of what the property could become, said Sara Arkle, the open space superintendent for Boise Parks and Recreation.

Boise was once a major part of Idaho’s agricultural community but it’s now by far the state’s biggest population center and farming and ranching haven’t existed within the city in any significant way in a long time.

“As we become more of an urban area, it’s so much more important that we’re teaching our children where our food comes from and how it’s grown,” Arkle said.

Besides being used to teach people about farming, a myriad of research and demonstration projects could take place on the six-acre demonstration farm site, Agenbroad said.

“We could have a lot of really neat things happen there,” she said. “It will be a combination of research plots and actually engaging the public in farm training programs.”

The city also plans to partner with 4-H programs to provide students a hands-on learning experience.

“I am very, very excited about this project and it’s something that will be valuable to all youth in Idaho,” said Allen Taggert, a 4-H Extension educator in Ada County. “A property like this could really afford hands-on learning opportunities where kids can get their hands dirty and really understand what is going on in the world of agriculture.”

While Boise residents obviously will get to enjoy the park-farm, the revived Spaulding Ranch property will be a real destination site for every Idahoan, Duplessie said.

“There’s nothing else like this in the state,” she said. “It’s within the city of Boise and a city project but It’s really for everyone in the state to come and enjoy.”

There is also almost unlimited potential for the project to develop, Duplessie added.

“While there’s a master plan for the project, the sky’s the limit,” she said.