A tale of two harvests for Idaho wine grapes 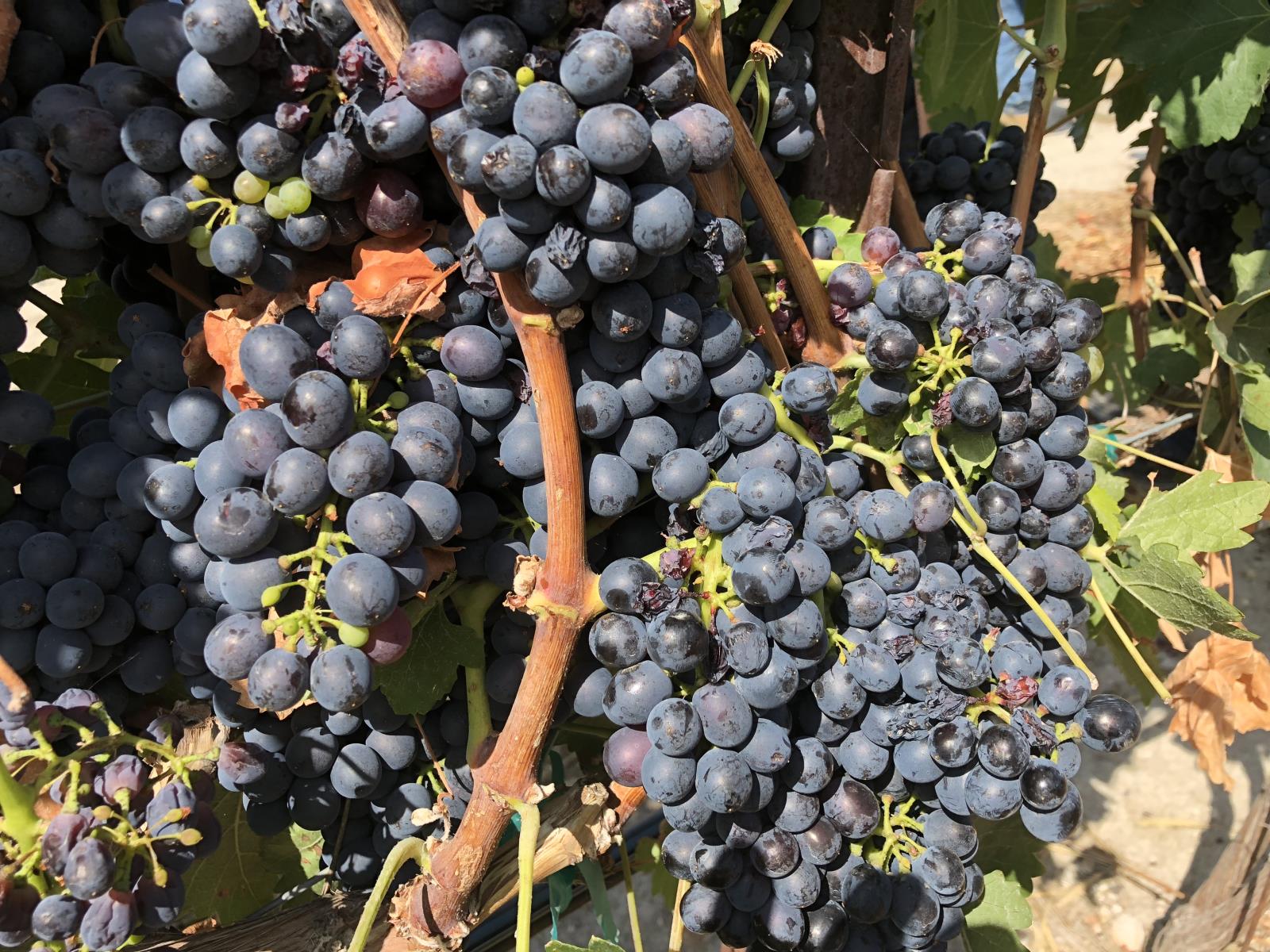 CALDWELL – Idaho’s 2019 wine grape season has been a tale of two harvests.

The wine grapes harvested after a record-setting cold snap hit the state Oct. 9 will be different from the ones that were picked before that hard freeze, which lasted for three days.

“The freeze we had really impacted harvest this year,” said Michael Williamson, who manages Williamson Orchards and Vineyards in the Sunny Slop area of southwestern Idaho, where most of the state’s wine grapes are grown. “It’s a tale of two harvests; before the cold and after the cold.”

That will make for a recognizably different 2019 vintage, Williamson said.

“It will definitely be a distinct vintage and I’m optimistic it will be distinct in a good way,” he said.

Before the freeze hit, Williamson said, “It was rush, rush as fast as you can … to get as much of the crop harvested as you could. We weren’t quite halfway done when the cold hit.”

But not everyone was in a hurry to beat the cold.

Before the freeze hit, the grapes were progressing slowly and had fairly low sugars and high acids, said winemaker Martin Fujishin, owner of Fujishin Family Cellars in Caldwell, which is the heart of Idaho wine country.

He decided to wait until after the freeze passed.
“We’re glad we did because the numbers we’re seeing now are pretty stellar,” he said. “We were definitely rewarded for waiting out the freeze.”

“The early frost kind of put a scare in everybody,” Fujishin said. “The reality is, I think the quality actually looks pretty good overall.”

He agrees that the state’s 2019 vintage will be distinct.

“It’s definitely going to stick in our memory,” he said.

Idaho Wine Commission Executive Director Moya Shatz-Dolsby said that a late start to the growing season and then steady temperatures throughout the summer that didn’t get too hot resulted in lower yields.

“Having lighter crop loads can be good because then there are more fruity flavors,” she said. “We will have lower alcohol wines and concentrated fruit flavors, which is good.”

The freeze also had an impact on yields.

“It will be a lighter crop but the numbers are going to be OK for making some nice wines,” said Caldwell winemaker and vineyard owner Rob Bitner

“Most of the growers I’ve talked to or work with have said that yields are definitely down,” Fujishin said.

He said the cold temperatures also caused a little bit of shatter loss in some grapes.

But overall, he added, “It didn’t do as much damage as we initially were concerned about. It definitely hasn’t been as damaging as some of our earlier estimates thought it could be.”

A harsh 2017 winter decimated the state’s wine grape crop and Idaho’s wine grape growers, who typically harvest about 2,500 to 2,900 tons per year, only brought in 400 tons that year.

But Idaho’s 2018 wine grape crop bounced back nicely thanks to near-perfect weather during the growing season and many growers reported higher-than-normal yields.

Idaho’s wine industry produces upward of 160,000 six-bottle cases of wine each year and an IWC study found the industry, which includes 52 wineries, has a $170 million economic impact on the state.