96 percent of farms are family owned 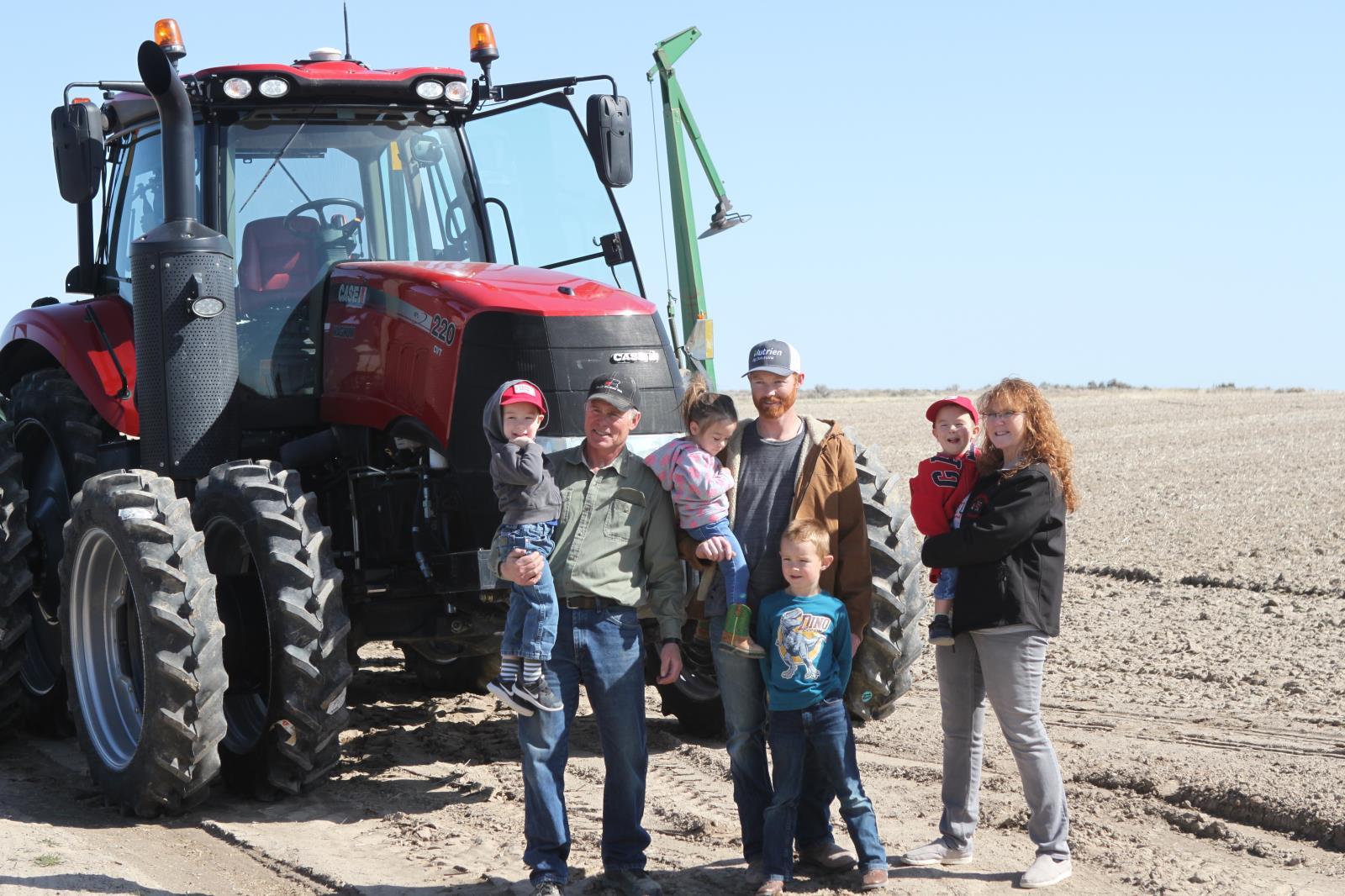 POCATELLO – Recently released federal data lays waste to the myth that a large percentage of farms and ranches in the United States are “factory farms.”

That data was gathered from the 2017 Census of Agriculture.

The report shows what farmers and ranchers already know but much of the general populace does not, said Idaho Farm Bureau Federation President Bryan Searle, who farms in Shelley in southeast Idaho.

“Family-owned farms account for the vast majority of agricultural production in this nation and in Idaho,” he said. “For consumers, that means most of the food products they buy were produced by families just like theirs.”

Kelley Call, who farms with her husband, Evan, and their family near American Falls, said a lot of people mistakenly think all farms are big corporate operations.

“I wish they knew that it is really families behind these farms and they are family-run,” she said. “If they knew that, I believe they would be more willing to support us because it really is our family bringing food to their table.”

The Calls, along with their children and grandchildren, farm in the Coldwater area west of American Falls along with two of Evan’s brothers and their families.

“We farm potatoes, sugar beets, wheat and children, but not in that order; the children come first,” Evan Call said. “It’s a very family-oriented operation. When it comes time for planting or harvesting, we’re all involved. We all climb in different trucks and tractors, all the wives and kids. We’re all involved in it.”

Evan Call said there have been a couple of times over the years when the family didn’t know whether the farm would survive but they stuck with it and he wouldn’t trade his career for anything.

“There is just something about going and working in the dirt with your son or your brother,” he said. “I get to be with my best friend – my wife – and with my sons while I work. I get to run my hands through the dirt and I get to share that with my family and grandchildren.”

Kelley Call drives the oldest truck on the farm, despite being offered a newer one, because it’s the only one with a large sleeper bed that allows her to have all her grandchildren with her.
“What other job could I go to and have all my grandchildren with me?” she said

That family-oriented outlook on farming is not unique to the Calls.

“All over the country, families work side by side every day to produce one of the most abundant, affordable and safe food supplies in history,” Searle said. “It’s hard work and oftentimes financially risky but the farmers and ranchers I know wouldn’t trade it for anything. What better job could you imagine having than being able to work together with your family, every day of the year?”

“Genesee” Joe Anderson, who farms with his family in North Idaho, said most people in rural areas probably know that the vast majority of farms are family owned and operated, but he doubts many people in urban areas understand that.

“In a small community like Genesee, I’m sure most people know that,” he said. “But once you get into an urban area, I think most people don’t know that. A lot of them think (big agribusinesses) own all the farms. They think corporate ag is taking over everything.”

Dalley said he and his wife, Kimmel, who raised their children on a ranch in Idaho, had opportunities in the past to get “real” jobs with health and insurance benefits. The family operation at times has struggled financially, he said, but looking back, it was worth it to be able to raise their children on a farm and teach them the value of hard work.

Besides understanding that most farms in the United States are family owned and operated, Evan Call said he would also like consumers to know that most farmers, like his family, eat the crops they produce.

In the case of the Calls, they eat their own potatoes, grind their wheat themselves and turn it into bread and use the sugar that is produced from their beets.

“The farm food that we produce is safe,” he said. “There is a mindset among some people who are afraid of what’s being raised on the farms. Man, we deliver a good, clean, safe product … that our own families eat.”

Other highlights from the NASS report: