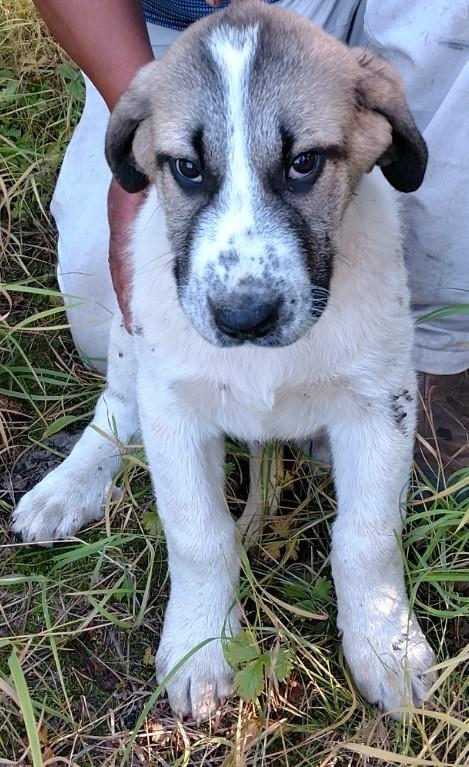 BOISE – The Gem County Sheriff’s Office has issued a felony warrant alleging grand theft charges against a Ridgefield, Wash., man in connection with an incident in which three livestock guardian puppies were picked up by a person driving by the Soulen sheep ranch in Letha, west of Emmett, who took the dogs to Clark County, Wash., and refused to return them.

According to an Idaho Rangeland Resources Commission press release, the Gem County Sheriff’s Office confirmed that a felony warrant had been issued on grand theft charges against Christopher Lee Nix of Ridgefield, Wash.

Idaho sheep rancher Harry Soulen, the owner of the young sheep guard dogs, said that on Dec. 16, the dogs were out with about 50 head of domestic sheep on his ranch next to Hanna Road.

The dogs were left with the sheep on purpose for them to bond with the sheep and guard them from predators. The suspect allegedly stopped along the road, put the dogs into his truck, and drove to Washington.

A neighbor of Soulen’s talked to the man and got his business card. Soulen said he called Nix, spoke to him on the phone and requested that he return the guard dogs immediately.

Livestock guardian dogs are used by western range sheep operations as a non-lethal, best management practice to ward off predators such as coyotes, black bears, wolves and mountain lions when the sheep are grazing on private, state or federal lands.

There’s been a growing trend recently in Idaho of people picking up livestock guardian dogs on the range and in the forest, thinking they are lost or have been abandoned. Then they transported the dogs to an animal shelter or took them home.

The Idaho Rangeland Resources Commission issued a press release in August 2020 about this problem.

Idaho sheep ranchers, U.S. Bureau of Land Management and U.S. Forest Service officials encouraged the public to leave the dogs in the field with the sheep – sometimes the sheep aren’t right next to them because they “patrol” wide areas – as intended.

They encouraged people to call the sheriff’s office or the BLM or Forest Service local office to report any concerns.

Now Soulen could be short three guard dogs for the upcoming spring and summer grazing season, if he can’t get them back.

“We put a lot of effort into training and caring for these dogs,” Soulen says. “They’re the best non-lethal tool we have to protect our sheep from predators. We had just given those dogs their vaccination shots for the season.”

Soulen said that Nix initially said he would try to return the dogs by Jan. 4, when he was possibly coming back through the Emmett area. But he never returned the dogs. That’s when Soulen filed a criminal complaint with the Gem County Sheriff’s office.

It’s possible that the man may have tried to sell the dogs, Soulen said. The dogs are worth $1,800 each, he said.

Livestock guardian dogs don’t make good pets, as they are bred to protect sheep from predators. In a domestic situation, the dogs could end up preying on neighbors’ pets or wandering away.

IRRC and the Idaho Wool Growers Association have notified the Washington State Sheep Producers organization about the stolen guard dogs incident and requested assistance in locating the dogs.

Anyone with information about the Soulen guard dogs should contact the Gem County Sheriff’s office at (208) 365-3521.